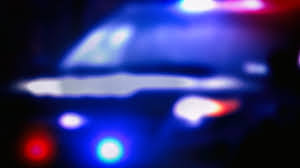 Roanoke, Virginia – One person is arrested after a stabbing that took place on Elm Avenue in Roanoke late Sunday evening.

Roanoke Police say the incident occurred near the bridge over I-581 on Elm Avenue at 10:30 p.m. One person was stabbed and has non-life-threatening injuries. Police say the person stabbed refused to go to the hospital.

Roanoke Police located two suspects, and one of the people involved has been arrested.