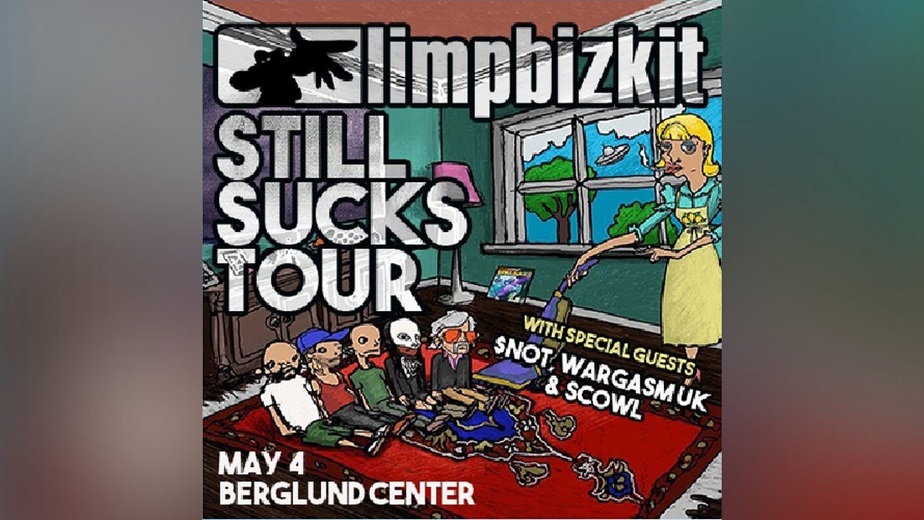 Roanoke, Virginia – The rock band, Limp Bizkit, will play at the Berglund Center in Roanoke on May 4th, and tickets will be available for purchase starting March 18.

According to a Berglund press release, the “Still Sucks Tour” will include “a night of hits, chocolate starfishes, and flavored water to the fine taste of hotdogs, bouncing bananas, and endless opportunities for action packed fun.”

The band, which was formed in Jacksonville and is led by Fred Durst, has had a number of singles, including “Rollin’,” “N 2 Gether Now,” and “Nookie,” among others.

Tickets can be purchased online at henritzedentaltickets.com, over the phone at 1-866-HDG-TICKETS, or in person at the Berglund Center Box Office.

Virtual race in memory of Fincastle woman raises over $10,000