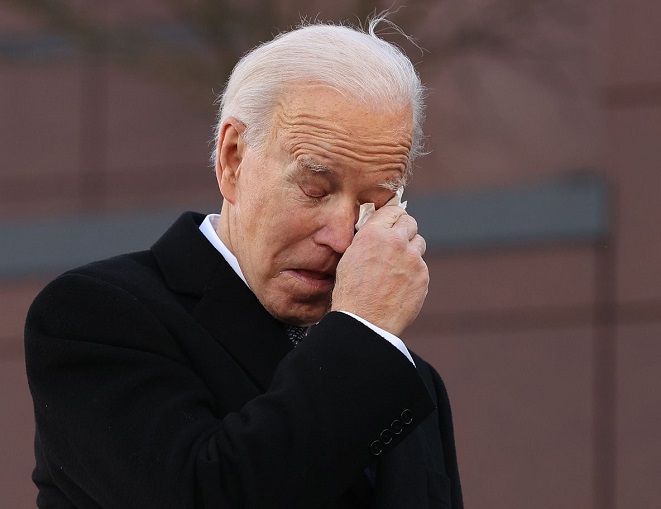 The US troops withdrawal from Afghanistan and the events that followed Joe Biden’s decision to immediately withdraw all the troops from the two-decades long war, have slipped his approval rating to historical low since taking the White House office.

The complete operation has been a total failure since day one and the general public can’t simply believe how bad was everything handled in the last two-three weeks. Thousands of families will be happy to see their loved ones back in their homes, but the Biden fiasco won’t be forgotten, never.

The pressure over Biden is still rising despite the fact that multiple sources already reported that the last US airplane took off from Afghanistan, marking the end of the withdrawal operation. It’s up to everyone to evaluate the mission, although the general impression that this has been one of the worst missions ever in the history of the country.

The pressure was coming from everywhere. Donald Trump and his fellow GOP members along with some former Trump administration officials were the first to ask for Biden’s responsibility and that narrative continued with the general public and some former army veterans. But what is alarming for Biden is the fact that some of his fellow Democrats started to distance from him and his policies in an effort to recover their personal rating. This is especially visible after the terrorist attack close to the Kabul airport where 13 Marine Troops were killed last Thursday.

Biden’s rating started the free fall as the spread of the Delta variant seriously increased the number of cases across the country. The Afghanistan events probably came in the worst possible moment for him, additionally melting his approval ratings. That resulted some Democrats to start to distance themselves from Biden, even announcing their standpoints publicly.

One of them is Rep. Susan Wild (D-Pa.) who said in a statement that the withdrawal should have happened years ago, but the evacuation process has been egregiously mishandled. According to Axios-Wild phone interview, the details about the evacuation mission should be uncovered through future congressional oversight hearings.

Multiple other Democrats requested the Tuesday deadline to be extended, claiming there was not time room for everyone to be safely evacuated. One of them is the former CIA officer who focused on counterterrorism efforts in the Middle East Rep. Abigail Spanberger (D-Va.). His request was backed by Reps. Mike Levin (D-Calif.) and Andy Kim (D-N.J.) who also publicly called Joe Biden to extend the deadline.

The history has showed that foreign policies and events don’t really affect the majority of the voters. Voters top priorities remain their everyday problems like financial situation, working opportunities and now trending, handling the pandemic. Other thing that matters is the fact that Republicans also backed up the withdrawal and last but not least, the election day is still too far from now.

“We have accomplished a hell of a lot in the last seven months, domestically, and we’re going to continue to do that,” Rep. Susan Wild (D-Pa.) who represents the Allentown area said to Axios. “That’s what’s going to be on the minds of Americans next year — not this.”