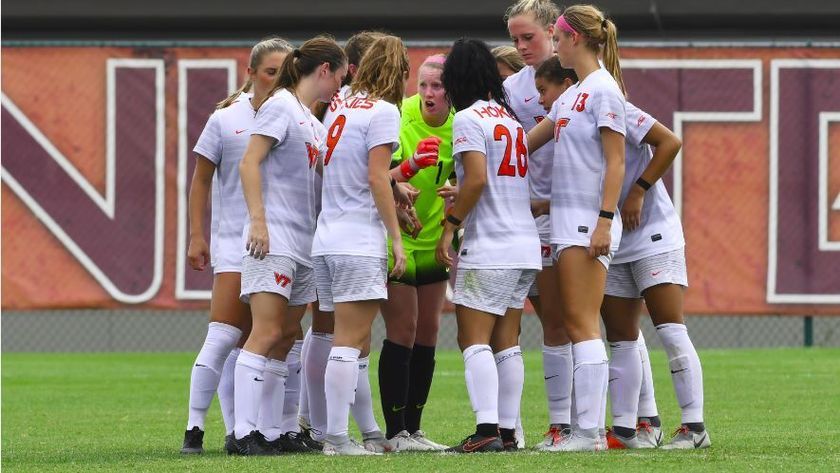 CHARLOTTESVILLE, Va. – The 12th-ranked Virginia women’s soccer team (10-4-2) has earned a berth in the 2021 NCAA Women’s Soccer Championship as announced by the release of the bracket by the NCAA on Monday (April 19).

The entire tournament will be held at various sites in North Carolina with early round games on campus at Campbell, East Carolina and the University of North Carolina Wilmington, in addition to Bryan Park (Greensboro), J. Burt Gillette Athletic Complex (Wilson), Sportsplex (Matthews) and WakeMed Soccer Park. The tournament will conclude with the College Cup at Sahlen’s Stadium at WakeMed Soccer Park.

The Cavaliers posted a 10-4-2 record throughout the fall and spring as teams played a split schedule. In the fall, Virginia only played games against other ACC teams and posted an 8-3-1 record on the way to a third-place finish in the ACC standings. The Cavaliers advanced to the semifinals of the ACC Championships before falling to then No. 1 North Carolina.

Virginia posted wins over then No. 14 Pittsburgh and No. 13 Louisville and a pair of victories over Virginia Tech in a pair of matches that were designated as non-conference games.

In the spring, the Cavaliers posted wins over George Mason and VCU before facing a top-five West Virginia team in back-to-back weekends.

Sophomore forward Diana Ordoñez (Prosper, Texas) leads the Cavalier offense with 22 points as she has a team-leading nine goals and added four assists. Freshman Lia Godfrey (Fleming Island, Fla.) was named the ACC Freshman of the Year and has 15 points with a team-leading seven assists and four goals this season.

A LOOK AT SIUE
The Cougars of SIUE won the Ohio Valley Conference tournament with a 2-1 overtime victory over Southeast Missouri to lock up the automatic bid to the NCAA Tournament. SIUE has scored 27 goals on the season and are led by MacKenzie Litzsinger and Lily Schnieders with 18 points each. Litzsinger has a team-leading seven goals and added four assists, while Schnieders has a team-leading six assists and added six goals. Goalkeeper Taylor Spiller has played every minute in goal for the Cougars and posted five shutouts as she allowed 13 goals and made 45 saves this season.

VMI going for a SOCON title on the gridiron