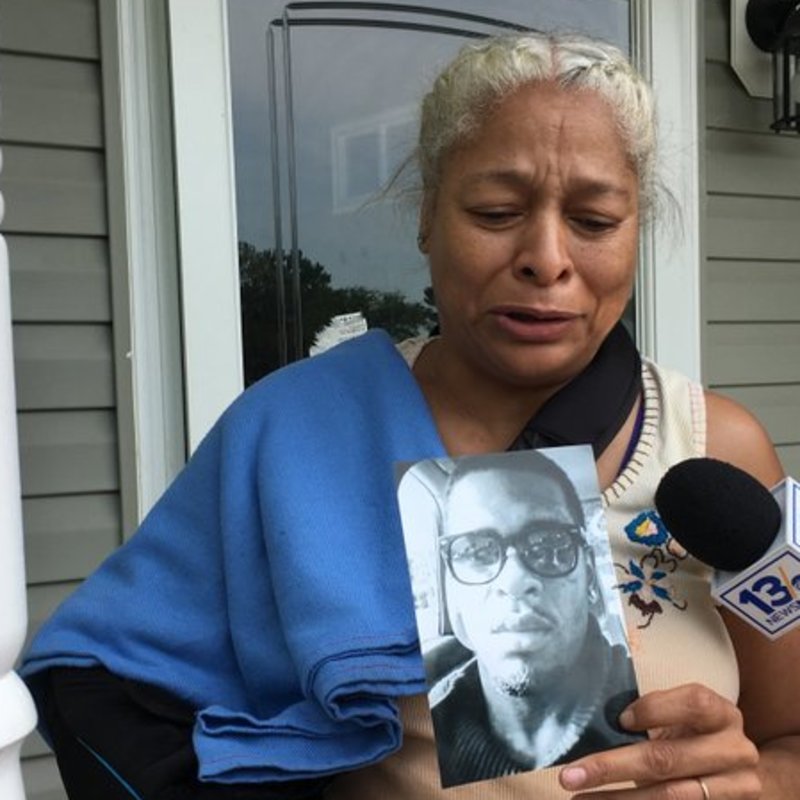 LYNCHBURG, Va.  — In 2006, Donnie Beverley shot Stacy Bartley in the face outside of her job at American Hofmann Corporation in Lynchburg.

“I looked at the devil himself that morning,” Bartley remembered, “I knew when I looked at his eyes that he was going to pull the trigger.”

Bartley’s scars on her face and head are a daily reminder of what happened.

“When I turned my head by the grace of God it caught my cheekbone right there,” Bartley said. “It went in but went directly into my jaw and shattered the left jaw.

Beverley’s past victims did not live to tell their stories. He was convicted of murdering 3 of his family members in Amherst County in 1978.

Beverley received early parole in 1999. Seven years later, he shot Bartley. A judge sentenced him to 40 years behind bars.

Now Bartley says the man with a violent criminal history, who changed her life forever, is up for geriatric parole on June 15th.

Beverley is now 71-years-old and has served 15 years. Offenders age 60 or above who have served 10 years of their sentence or age 65 who have served 5 years are eligible for geriatric parole.

If he gets parole, Bartley said Beverley will come for her.

“Oh absolutely,” Bartley said. “There’s no doubt in my mind.”

The Virginia Parole Board denied Beverley’s early release in 2017 and 2020 citing the serious nature and circumstances of the offense.

However, Lynchburg Commonwealth’s Attorney, Bethany Harrisonis concerned this time the parole board will set him free.

“You have someone one would think based on the fact that he killed three people previously, served time, and then got out and tried to kill a 4th, that they would not release him,” Harrison said. “However, we have seen the Virginia Parole Board release people who have killed multiple people.”

Harrison is referring to the roughly 329 inmates granted early parole by the parole board last year. Some of them are convicted murderers.

The state inspector general investigated allegations that in some of those cases the parole board was not following the law when they released those inmates. Some allegations were found to be substantiated.

Right now, several Republican lawmakers are calling for a bigger investigation into the parole board and an alleged coverup by the Northam administration.

Throughout all of this, Governor Ralph Northam has remained vigilant in his support of the parole board’s decisions.

“They do their homework on these cases so I support the decisions they make,” Northam said in a one-on-one interview with ABC 13 in February. “Again, this is about criminal justice reform.”

Bartley hopes to get the chance to make her plea to the parole board to keep Beverley behind bars.

This will be her message:

“Y’all made the mistake of letting him out once,” Bartley said. “Somebody else going to have to die?”

Beverley is currently being held at the Augusta Correctional Center.