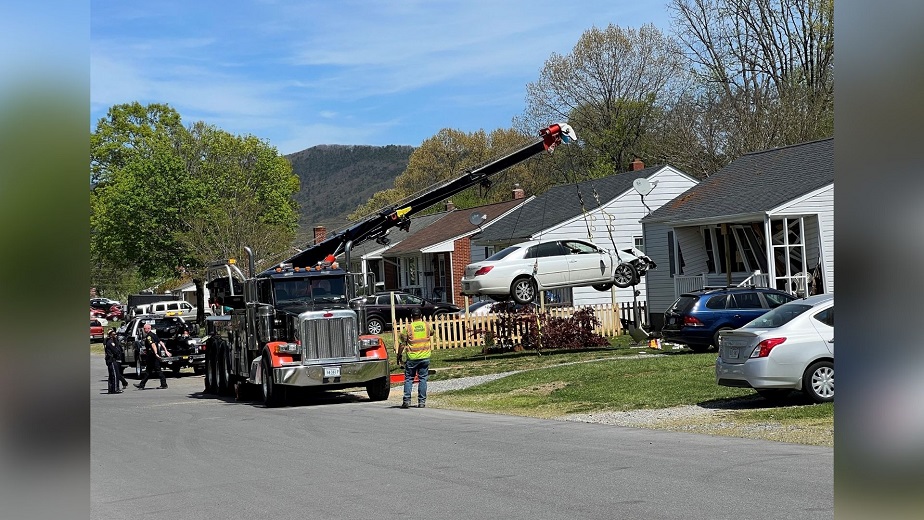 Roanoke, Virginia – A suspect accused of stealing at a store was taken into custody after crashing into a Northwest Roanoke home on Sunday morning following a police pursuit.

At around 10:15 a.m., police got a call from a store employee reporting that a shoplifting incident had occurred in the 5500 block of Plantation Road.

The suspicious car was eventually seen on Hershberger Road by a Roanoke County Police officer, who attempted to pull it over.

Officials say that rather than stopping his car, the motorist drove away and then continued to turn right onto Williamson Road before turning right onto Hildebrand Road NW in Roanoke City. According to police, the motorist started to smash through stop signs.

Following that, the officer called off the chase, but the suspect car kept traveling at a high rate of speed until it crashed into a residence in the 3300 block of Birchlawn Avenue NW, according to authorities.

According to the Roanoke County Police Department, the suspect then got out of the car and attempted to flee, but the officers were able to apprehend him. At around 10:18 a.m., the suspect was apprehended and taken into custody.

Both the person who was inside the residence and the driver of the car were taken to the hospital with minor injuries.

If you would like to assist the people who live at the residence, you may do so by clicking here.

According to authorities, the investigation is still underway.

Roanoke woman will spend 5 years behind bars for heroin distribution