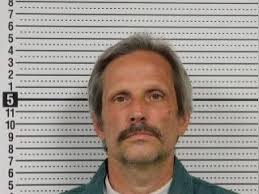 A Roanoke man who got three life sentences plus more than a century in prison for his role in a fatal robbery spree in the mid-1980s has been set free after about 33 years behind bars.

Tyson Xavier Golden, now 55, was granted release by the Virginia Parole Board in January. That decision was certified March 30, and Golden left custody April 3, according to the state Department of Corrections. The Roanoke commonwealth’s attorney’s office said it was never notified, a communication that is required by Virginia law.

Golden was one of three men charged after a string of three violent Roanoke home invasions that occurred in December 1986 and culminated in the beating death of 91-year-old Larry White, who was attacked and robbed along with his 87-year-old sister, Maggie Spinner, in the small Essex Avenue apartment they shared. Prosecutors said three blows from the butt of a pistol fractured White’s skull, killing him.

Golden is one of 95 inmates approved for release in March by the parole board, whose chairwoman, Adrianne Bennett, recently stepped down to begin an appointment on April 16 as a juvenile and domestic relations court judge in Virginia Beach.
The board’s publicly available monthly rosters date back to 2015, and most show far smaller numbers of parolees than in March, usually just a handful on the low end up to a few dozen on the high.
Twenty-eight of the approvals on the March list were granted in January or earlier, prior to the push to reduce prison populations amid the COVID-19 pandemic. Thirteen were geriatric releases, granted to inmates 65 or older who have served at least five years of their sentence, or those 60 or older with a minimum of 10 years served.
Parole was abolished in Virginia at the start of 1995, but inmates convicted prior to that are still eligible if their case receives at least three votes from the five-member parole board; those found guilty of first-degree murder require a vote of four out of five.

One of the five parole board members is Roanoke Mayor Sherman Lea, an outspoken advocate against what he recently deemed “the epidemic of gun violence” across the country. Last year he helped spearhead an anti-violence task force in the city.

On Friday, Lea said he could not comment on how he or the other members voted on Golden’s case, and he declined to discuss the crimes or parole board processes.
“The policy we have is the chairman is the spokesperson for any cases that we release,” Lea said.

The new board chairwoman, Tonya Chapman, who started April 16, did not respond to emails last week. The board’s phone line in Richmond offers a recording that tells callers that, in light of Virginia’s current state of emergency, it’s currently unable to accept messages.

Attempts this week to contact Golden also were unsuccessful.

Golden was one of three men convicted in the cases. In December 1986, he was charged alongside Angelo Maurice Day and Timothy George White Jr., both 18 at the time.

In addition to the attack of Larry White and Spinner, they were convicted of two more similarly violent robberies that occurred earlier the same month, beating a 64-year-old man at a Hunt Avenue apartment and brutalizing a 26-year-old woman in her home on Peach Tree Drive.

All three were arrested within about a week.

Angelo Day and Timothy White (who was not related to victim Larry White) quickly pleaded guilty to numerous charges in the spree, including murder and robbery, and each received one life term, plus 133 and 134 years, respectively.

White sought parole in 2016 but was denied — the panel cited “a history of violence” and “conviction of a new crime while incarcerated” — and the following year he died at age 49 at Buckingham Correctional Facility. The cause of death was heroin and fentanyl toxicity, the state medical examiner’s office said Friday.

Day also was denied parole in January 2016, with the board concluding that “you should serve more of your sentence prior to release” and that “release at this time would diminish the seriousness of crime.”

Records show, however, that just six months later, in July, Day’s parole was granted. The board does not include public notes on why it grants parole, and offers comments only when release is rejected.
Prior to Golden’s parole approval in March, none of the 63 rosters dating back to 2015 indicate that he was considered by the board at all.

Golden, who was 23 at the time he was arrested, acknowledged his guilt on some of the counts against him, but went to trial in June 1987 on the charges involving Larry White and Spinner, and both Day and Timothy White testified against him.

Prosecutors have said that just after noon, the trio burst into the elderly siblings’ apartment, beat them and stole several hundred dollars. Timothy White said he’d cracked Larry White’s skull with one blow from the butt of a pistol, but an autopsy showed the victim was killed by three strikes to the head.
Spinner died five months after the attack, in a nursing home, from an illness reportedly not related to the beating.

Prosecutors have said that no one other than the robbers will ever truly know who was responsible for the killing.

Day testified that Golden was upset after the robbery and had called Timothy White “an animal.”

But prosecutor Joel Branscom argued at the time that Golden nevertheless took a cut of the stolen money, then hid from police for eight days before he was caught. When Golden was arrested, he reportedly told two officers, “OK, you got me. Who snitched on me?”
A jury of 12 women found Golden guilty of Larry White’s murder and two counts of robbery and asked that he serve three life sentences. But later that summer, Judge Clifford Weckstein ruled that those three terms would run simultaneously rather than consecutively.
At that time, Branscom said the decision left him “bitterly disappointed.”

Weckstein didn’t explain why he diverted from the jury’s verdict, but that result put Golden’s final active sentence — life, plus 118 years — more in line with that of Timothy White and Angelo Day.

In sentencing White in July 1987, Judge Jack Coulter noted that although parole was a function of the government’s executive branch, “if I had my way in this case, we would have life without the benefit of parole.”

Last week, Roanoke Commonwealth’s Attorney Donald Caldwell said the parole board never made his office aware of either Golden’s or Day’s releases, but he questioned the timing in relation to Golden’s age. Golden turns 56 next month.
“Why would you not just wait and let him out at 60, under geriatric parole? It’s very clean and that mechanism is there,” he said.

“The operation of the parole board and the release of people is a blend of remorse and economics,” Caldwell added. “I would submit that economics is part of the push to get pre-’95 people out of the system.”

In Halifax County, Commonwealth’s Attorney Tracy Martin also recently saw one of her cases affected, and she, too, was caught off guard by the decision. Debra Kay Scribner of South Boston was convicted of first-degree murder and conspiracy to commit that crime in 2011 and the following year was sentenced to more than 23 years in prison.
But Scribner, now 66, was granted geriatric release last month after serving less than a decade, and Martin said neither her office nor the victim was notified in advance.
“The parole board has effectively overturned the judge and jury based on less evidence. The decision is morally wrong and procedurally flawed. There may be others who are appropriate for geriatric parole, but not a murderer who has spent less than 10 years in prison.”

Martin circulated her complaint to other Virginia prosecutors and said she has learned of other unannounced releases.

“I’m hearing enough to be concerned that something is deeply infected in the parole board,” she said.

On April 20, she wrote Chapman, the board’s current chair, citing the state codes that require that the victim of the crime be notified, and that 21 days notice be given to the office of the prosecutor who handled the case.

“I would’ve asked to appear before the board. … I would’ve immediately reached out to the victim … and I would’ve advocated for the best interest of my community,” Martin said.

Her letter asked the board to reconsider its decision on Scribner and for a rescission hearing, to allow the victim to testify.
Martin learned Friday that the board is considering her request. She hopes the statutory issues can be addressed.

“Frankly, the importance of that code section serves as a safety valve for victim notification,” she said.

“It’s also a safety valve for the community’s voice to be heard.”