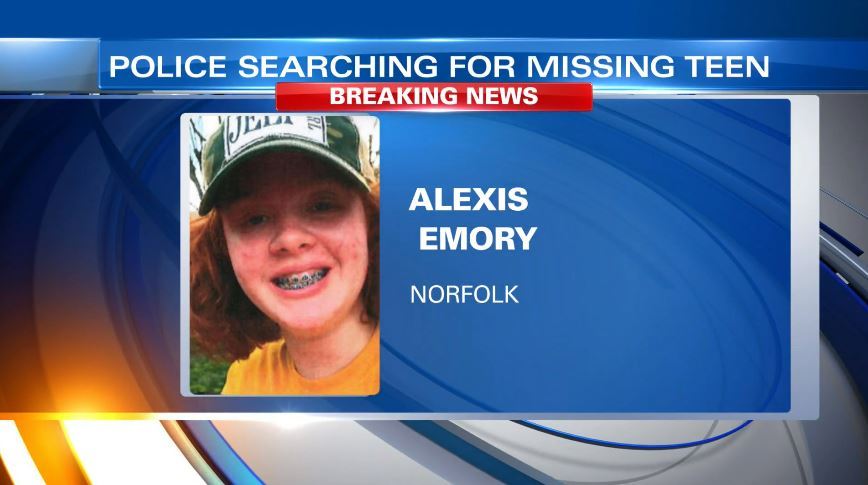 Alexis Emory was last seen Sunday, April 18 in Norfolk around 11:30 a.m. and was spotted later that day in Roanoke near the Visitor’s Center. She is possibly heading to West Virginia.

She’s about 5’5″ tall, weighs approximately 135 pounds, and has short red hair and hazel eyes. She also has braces and is likely carrying a large hiking bag.

Anyone with information is asked to call the Norfolk Police Department’s non-emergency number at (757) 441-5610.