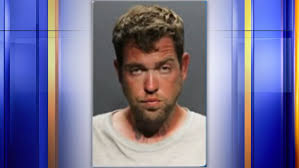 ABINGDON, Va.  – A Virginia Beach man has been arrested for a threat to kill US Senator Mark Warner (D-VA).

Dylan Jayne, 37, was arrested Thursday on a federal criminal complaint and charged with one count of transmitting a threat via interstate commerce by leaving a voicemail message and threatening to kill Warner.

US Attorney Thomas Cullen said according to court documents, the morning of September 2, 2019, Jayne called the Abingdon office of Senator Warner and threatened to kill him over what Jayne said was not receiving Social Security payments.

The investigation is being conducted by United States Capitol Police and the Burlington, Vermont Police Department.