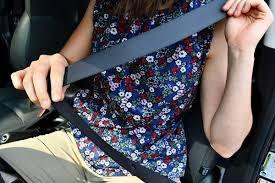 Virginia – With many Virginians working at home and staying home more than usual, overall traffic deaths have decreased, however, the rate of people dying on the Commonwealth’s roads in unbelted crashes during the pandemic has increased.

“We have all observed some drivers practicing unsafe behaviors with less vehicles on the roadways, but the most disturbing trend is that more people are dying because they are not making the simple decision to click their seat belts,” said Virginia Department of Motor Vehicles

Virginia DMV launched a buckle up educational campaign to encourage all drivers to wear their seat belts – especially those who wear their belts the least, men ages 18 to 35 living in rural areas of Virginia. The focus of the effort is to increase seat belt use and decrease unrestrained deaths. The campaign includes media advertising through television, radio and digital mediums, along with public relations and education.

Last year, 52% of Virginia’s highway fatalities were not wearing a safety restraint. Of the 304 unrestrained deaths, 187 of the people were either totally or partially ejected from the vehicle.

“We are urging everyone, particularly young men, to always wear your seat belt, even on short trips close to home. And if you are the parent, friend or loved one of a young male, remind him how buckling up truly saves lives, and how devastating it would be to lose him,” Holcomb added.