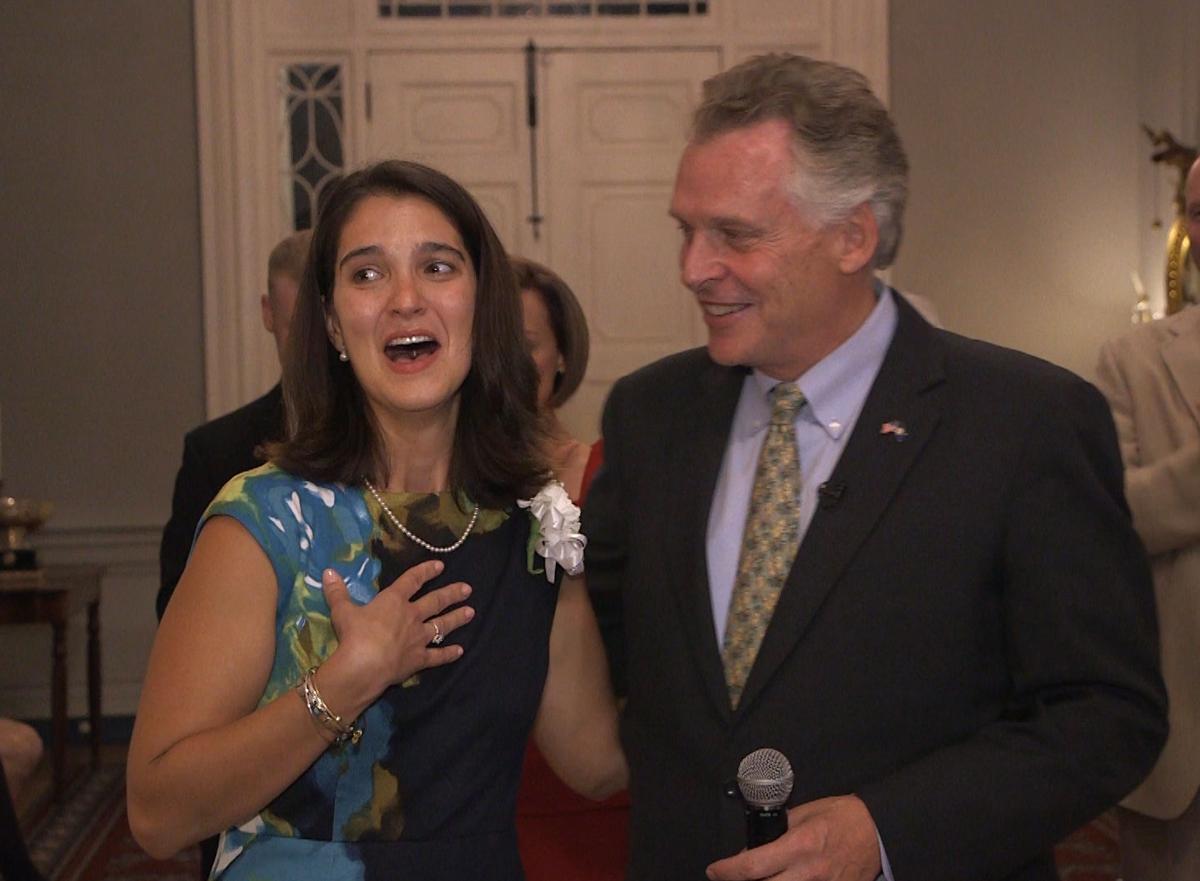 The annex gym at the Roanoke City Public Schools central administration building is not the typical venue to present Roanoke’s teacher of the year award. Nominees from each school usually come together in the spring for a banquet that properly honors their hard work.

But these are not normal times.

So last week, a handful of people spaced out around the gym to present Fallon Park fourth grade teacher Myra Wasson with a trophy and $1,000 from sponsor Hughes Associates Architects & Engineers.

“At Fallon Park, we have the hardest-working and most caring people possible, and we are in the trenches daily with our students,” Wasson said in a short acceptance speech that was later broadcast on the district’s social media.

“What we do matters,” she continued. “We are giving them hope and inspiration and modeling respect. And in turn, we get a front row seat to their struggle and their growth and success.”

Jennifer Shamy from Roanoke Academy for Math and Science and Edna Janney from Roanoke Technical Education Center were the two runners-up.

Under Kiser’s direction, the middle school’s choir grew from less than 50 to nearly 100 students, according to a news release.

“When I knew that I wanted to become a teacher, teaching in Salem was the dream for me, and to have that dream come true was so special,” said Kiser, who has taught in Salem since 2017.

Roanoke County has yet to name its educator of the year because the district is still working to develop an online method to judge finalists’ videos, spokesman Chuck Lionberger said earlier this week.

10 Tips From CEOs on Working From Home Effectively and Happily