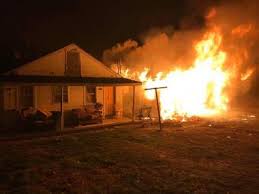 Roanoke Fire-EMS responded to a fire in the 200 block of Frances Dr. NW just after 8:30 Saturday morning.

Crews reported smoke and flames were coming from the home upon their arrival.

Two people were home when the fire started in the basement, according to fire officials.

Both were taken to Carilion Roanoke Memorial Hospital. One victim’s injuries were deemed serious.

A dog died in the fire.

The cause of the fire has not been determined.

Mack Trucks to invest $13 million, create up to 250 jobs in Roanoke County