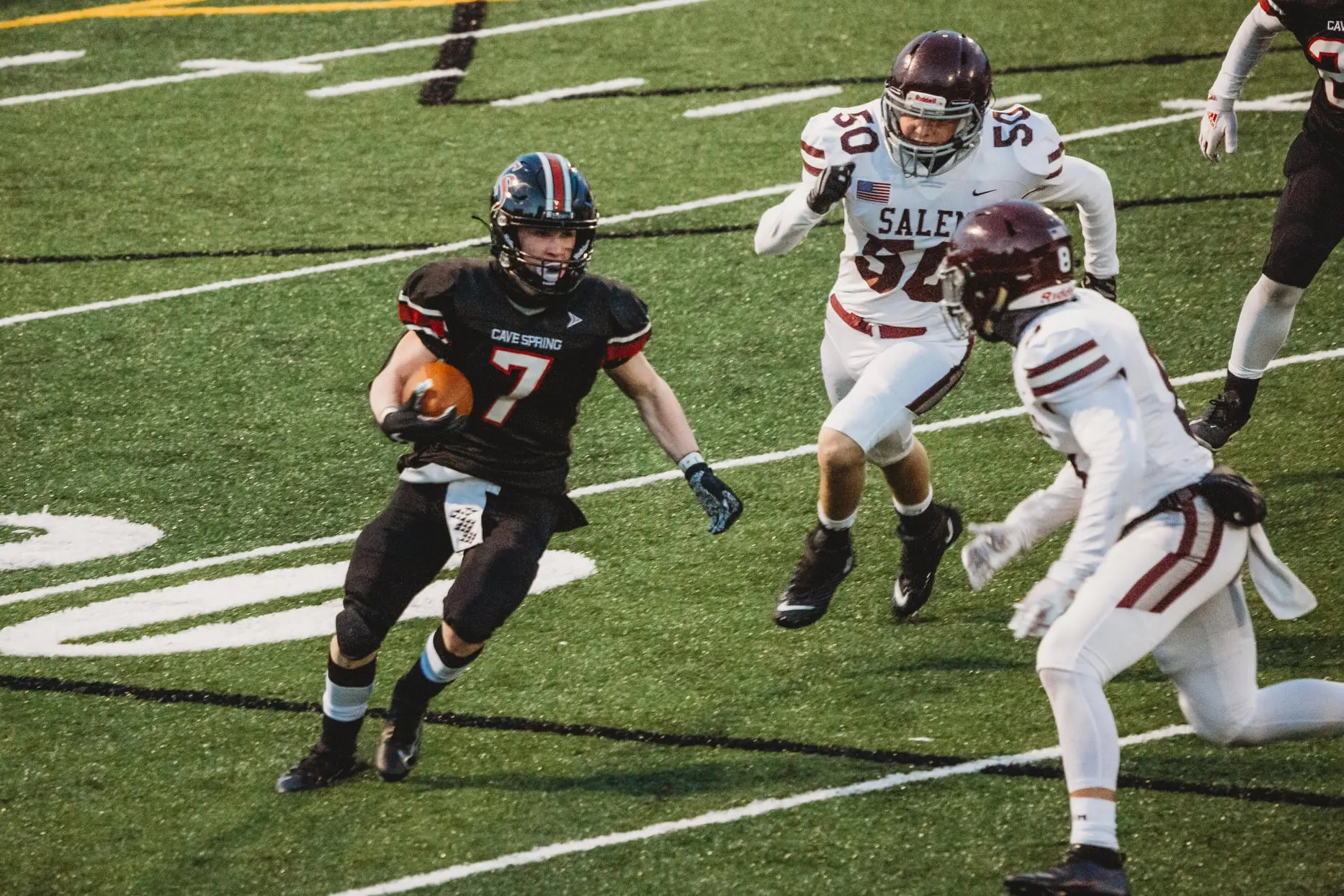 And then there were five . . .
Five “Big-11” football teams made the final grade to advance into the regional semifinals of the condensed 4-round state playoff format released by the VHSL on Monday.
Games begin this weekend, with four of the five local teams playing on their home fields.
The most intriguing matchups occur in Class 5 Region D where both Patrick Henry and William Fleming qualified as the #1 and #2 ranked teams, respectfully. Patrick Henry (5-1) will host #4 seed Mountain View (3-3) Friday night at 6 PM on Merrill Gainer Field off Grandin Road. One hour later at Fleming Stadium the William Fleming Colonels (4-2) entertain #3 seed Harrisonburg (3-2). Wins by both PH and Fleming would set up an All-Roanoke City Regional final the following week.
The sixteen Class 5 qualifiers throughout four regions include five undefeated teams, including two at 6-0, two at 5-0 and one with a 3-0 record.
In Class 4 Region D, the Salem Spartans bring a perfect 6-0 record as the #1 seed for Friday night’s game at Salem Stadium against #4 Amherst County. No doubt discussions this week throughout Salem will bring up “The Catch” against Amherst County at Salem Stadium in 2005 that has been debated for 16 years. The Salem-Amherst winner will advance to the Regional final against the winner of Friday’s G.W. Danville-Pulaski County showdown in Danville.
Including Salem, the sixteen team Class 4 has eight undefeated teams playing, including all four at 6-0 in Region B and two at 5-0 in Region C.
Lord Botetourt (6-0) is the #1 seed in Class 3 Region D and plays at home Saturday afternoon at 1PM against #4 seed Christiansburg. The winner takes on the Abingdon (5-0)-Carroll County (4-1) winner in the regional final one week later.
Among the sixteen Class 3 teams remaining, seven teams including Botetourt and Abingdon are undefeated, with two at 6-0 in Region C, Rockbridge and Brookville. Lafayette (5-0) and Phoebus (3-0) are unbeaten in Region A with Goochland (5-0) perfect in Region B.
Glenvar, which rebounded from an 0-2 start to finish 4-2, is the #3 seed in Class 2 Region C and will face undefeated Dan River (4-0) at a site to be determined Friday night at 7PM. That winner goes up against the #1 seed Appomattox-#4 seed Radford winner one week later. Class 2 has five remaining undefeated teams among its sixteen entries.
Related Topics:featured
Up Next