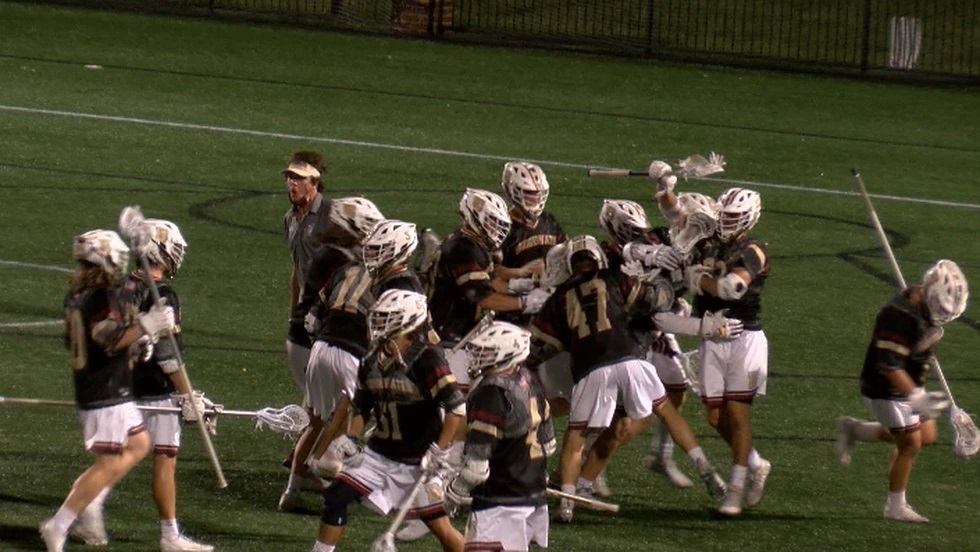 SALEM, Va.  – The ODAC men’s lacrosse tournament continued Tuesday with the quarterfinals, as Roanoke College welcomed Bridgewater for a matchup at Kerr Stadium.

Coach Bill Pilat’s Maroons, the 4-seed, taking on the 5th-seeded Eagles. In the second half, Bridgewater on the attack, Connor McLean sends one past Cole Hiller to put the Eagles up 7-5.

A little bit later, Bridgewater’s Kyle Graham showing off the fancy footwork and bouncing one home while up a man. Eagles now up by 3.

Maroons trying to keep pace. Luca Docking does just that, burying one of his two scores on the night to make it 8-6.

But the Eagles kept up the attack. Pass in front to Graham and he scored another. Bridgewater scored three straight times to end the third.

Maroons were down six in the fourth, but started to claw back. Roanoke scored four in a row to make it a 2-goal game, but couldn’t get any closer.

Bridgewater wins its first-ever playoff game, 13-11, to advance over Roanoke.

‘I am thrilled’: Virginia Tech student to be voice of Salem Red Sox