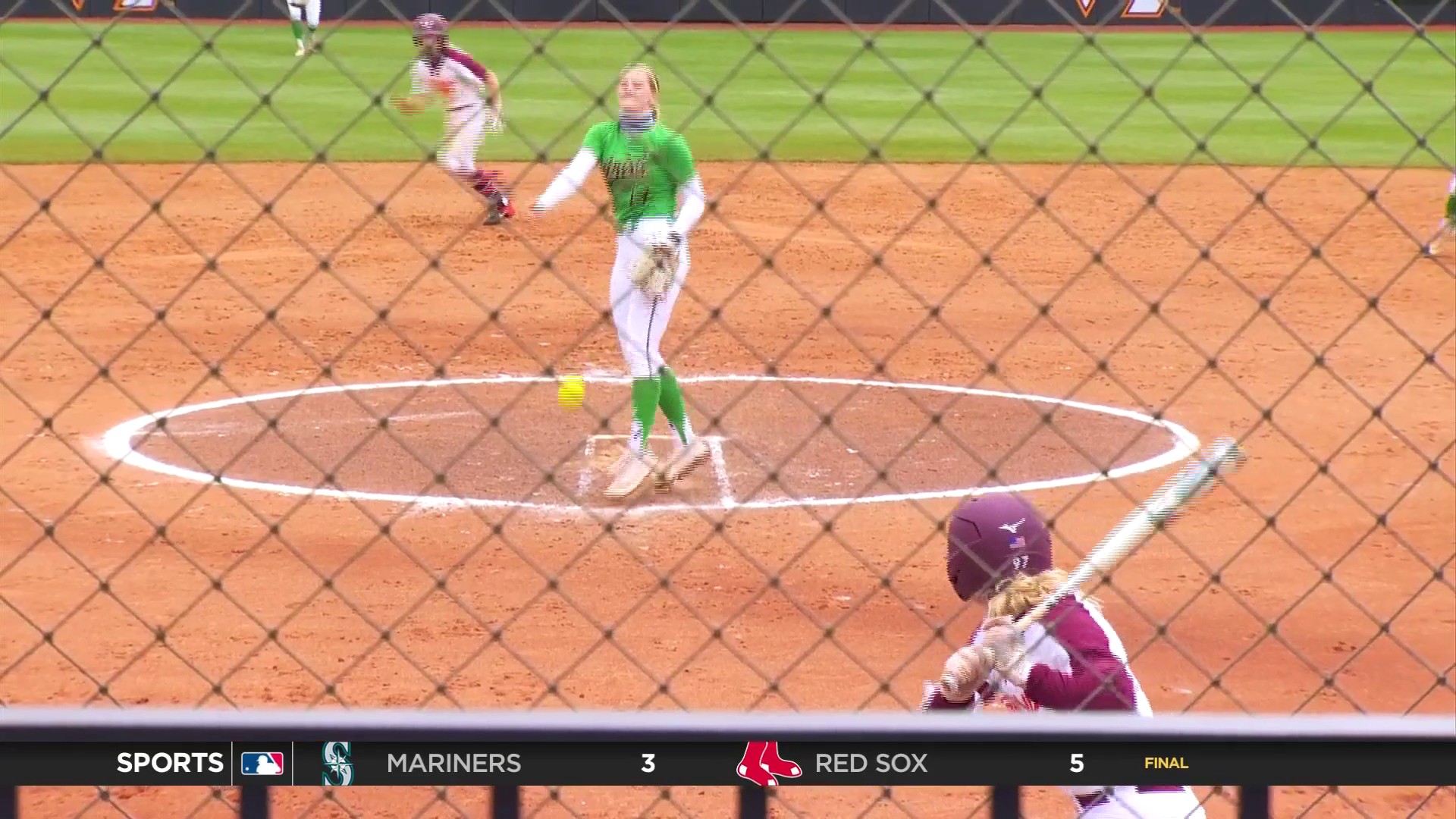 BLACKSBURG, Va. – Two hits made all the difference on Sunday afternoon as the Fighting Irish complete the weekend sweep against the Hokies with a 3-1 win.

Former Richlands pitcher and freshman Mackenzie Osborne was solid in the circle tallying 2 strikeouts and allowing just 3 earned runs in 6 innings of work. Junior pitcher Keely Rochard came on in relief in the seventh inning, striking out two of the three batters she faced.

The game was tied a 1 into the sixth inning when Karina Gaskins hit a solo home run to left center field. That was followed up a few batters later by Quinn Biggio who sent her pitch deep to center field. That put the Fighting Irish up 3-1.

The Hokies bats were active but only able to produce one run. Kelsey Brown was 3-for-3 at the plate and scored the lone run for Tech.

Virginia Tech will look to regroup on Wednesday when they travel to the Hill City to take on Liberty.