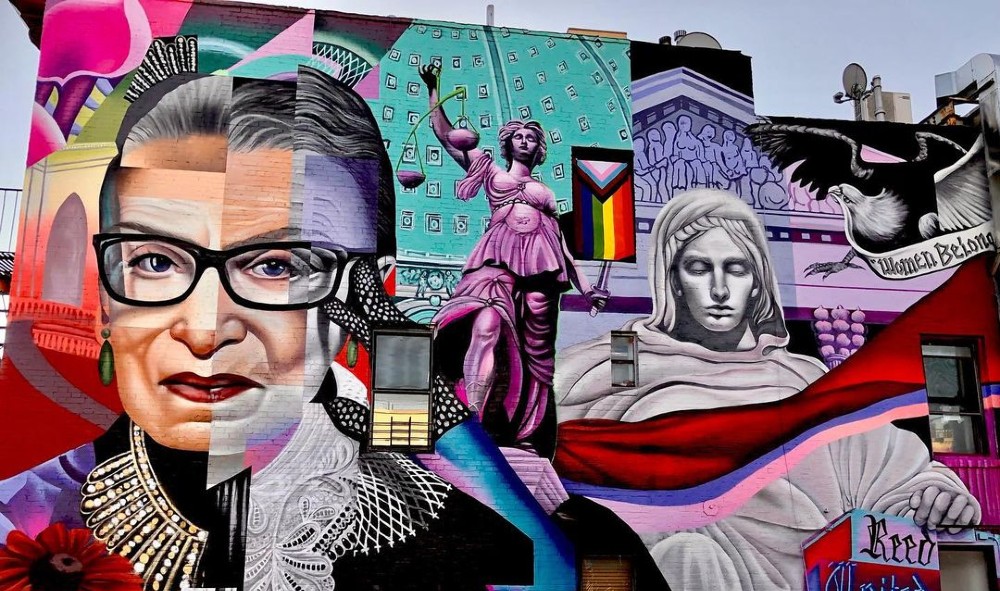 The three-story mural, which was completed on Friday, features a collage of vibrant images of an eagle, dove and flower, symbolizing the justice’s life.

The mural’s creator, who goes by the pseudonym Elle and signs her work with “ElleStreetArt,” said she was excited to honor Ginsburg’s life. The project was commissioned by advocacy group IntoAction and a Los Angeles-based creative agency, TaskForce, the organizations that commissioned former U.S. President Barack Obama ‘Hope’ poster.

“What we see is this incredible woman who had an incredible work ethic and fought hard for what she believed in,” Elle told Reuters.

Ginsburg, affectionately known as “RBG” died on Sept. 18 at age 87 at her home in Washington, D.C. She was a stalwart liberal on the U.S. Supreme Court starting in 1993, and many of her decisions championed gender equality and liberal causes.

Raised in a working-class family in New York City’s borough of Brooklyn, Ginsburg overcame sexism in the male-dominated worlds of law school and the legal profession, becoming just the second woman ever to serve on the nine-member Supreme Court.

Dickens of a Christmas in Roanoke