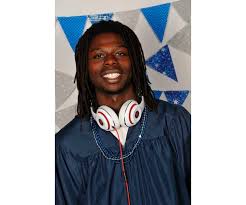 PALMDALE, Calif. – The death of a 24-year-old black man found hanged from a tree at a park in Palmdale on Wednesday was initially being investigated as an apparent suicide, but many in the community are raising questions about what happened to him.

Robert L. Fuller was pronounced dead shortly after a passerby spotted him hanging from a tree at Poncitlán Square, in between Palmdale City Hall and a Los Angeles County Fire Department station.

“Although the investigation is ongoing, it appears Mr. Fuller, tragically, committed suicide,” Capt. Ron Schaffer with the Los Angeles County Sheriff’s Department told a group of community members gathered for a news conference at Palmdale City Hall on Friday afternoon.

The room immediately erupted into angry comments. Shouts of “That’s a lie” could be heard.

While an official cause of death was yet to be determined, the “initial impression” of sheriff’s homicide investigators and Los Angeles County Department of Medical Examiner’s officials was that the death was a suicide.

“A full autopsy is anticipated in the immediate future,” the Sheriff’s Department said in a written statement.

“Get another coroner,” one person could be heard saying.

“So why would you put out a public statement saying it was possibly a suicide if you don’t have all the answers?” another asked.

Audience members called for an independent autopsy and demanded to see surveillance camera footage from the nearby fire station and other public facilities.

In addition to those who attended the conference, many others took to social media to raise concerns about Fuller’s death and the investigation into it.

Sheriff’s officials said the investigation has not concluded.

“Investigators have been in contact with Mr. Fuller’s family and are continuing their investigation into the circumstances surrounding Mr. Fuller’s death,” according to the Sheriff’s Department statement.

Fuller’s younger sister, Diamond Alexander, took to Facebook Thursday to share her grief and ask anyone with information to come forward.

“Words can’t describe how much my family is hurting right now,” she wrote. “Today we just got word that Robert(‘s) body was found hanging in a tree out in Palmdale. It’s still under investigation. If anyone seen anything please come forward. Brother you will forever be in our heart. RIP.”

“My little brother died here alone,” she wrote, alongside a picture of the park. “…please keep us in prayers.”

A fund established online to help Fuller’s family with the cost of burial had garnered more than $105,000 as of Friday afternoon.

US has hit agreed troop-cut target of 8,600 in Afghanistan