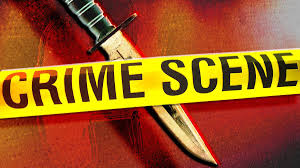 Roanoke, Virginia – Roanoke Police are looking for the person who stabbed a woman Wednesday.

Around noon September 30, police were called for the report of a stabbing in the area of 20th Street and Mason Mill Road NE, which is the north end of East Gate Park.

Officers found a woman with what they say appeared to be a non-life-threatening stab wound. She was taken to a hospital.

No one has been arrested. Police are working to get information about the attack.

Anyone with information about this incident is asked to call (540) 344-8500. You can also text 274637; begin the text with “RoanokePD” to ensure it’s properly sent. Calls and texts can remain anonymous.

August brings a slight increase in travelers at Roanoke’s airport