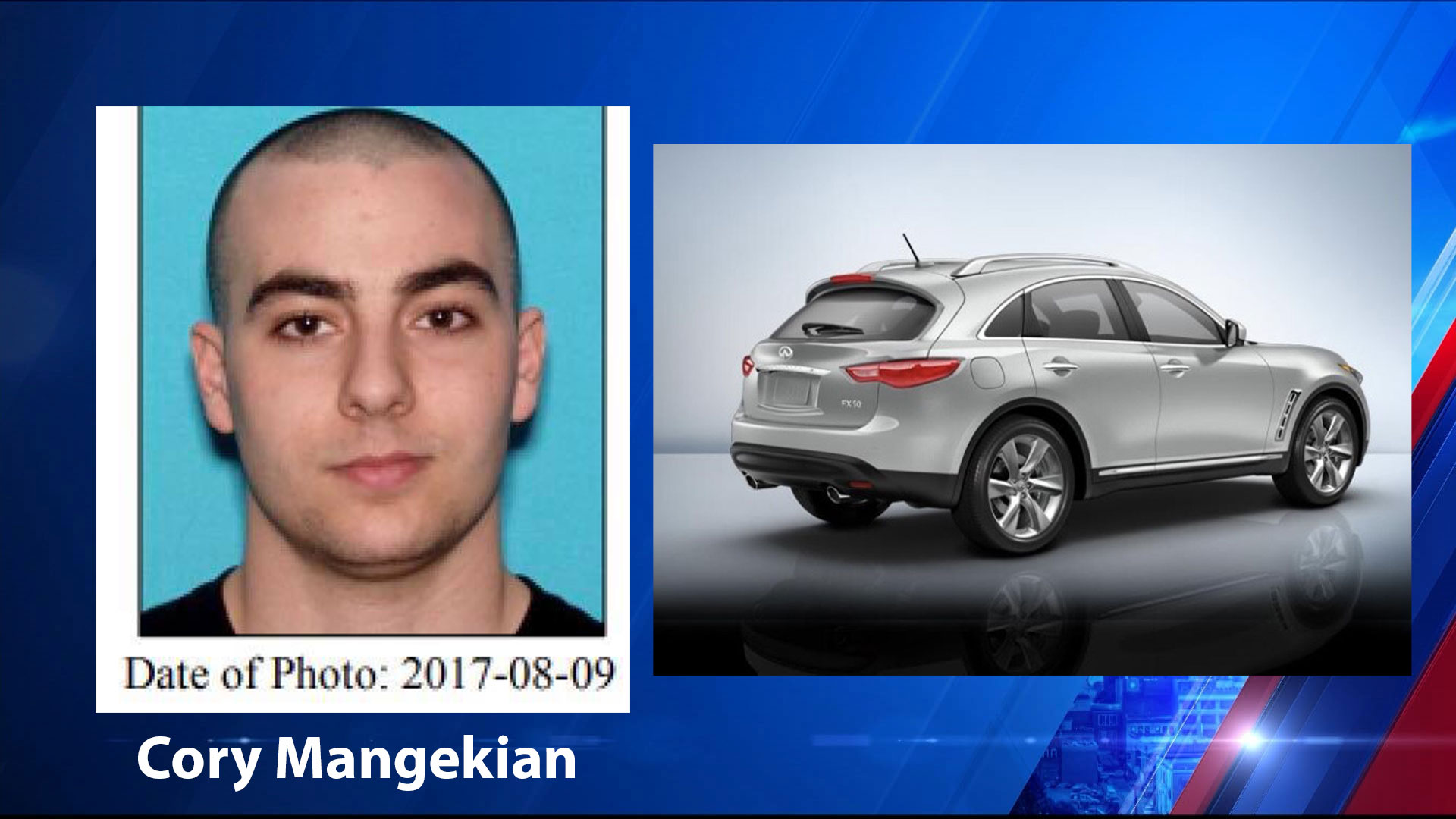 Aman who authorities were searching for in a death investigation was found and charged with first-degree murder, according to the Pulaski County Sheriff’s Office.

Cory Steven Mangekian, 26, was taken into custody around 12:30 p.m. Friday in Radford, according to a news release.

He is accused in the killing of his mother, 60-year-old Sandra Lee Mangekian, who was found dead in her Fairlawn home Wednesday afternoon, officials said.

Investigators issued a public alert the next day about their search for Cory Mangekian and a stolen 2013 Infinity SUV that he was believed to be driving.

Sheriff Mike Worrell thanked citizens for calling in tips that he said ultimately led to finding both Mangekian and the vehicle.
“The success of our agency is dependent on the relationship we have with our community, and today, that relationship speaks volumes as we work towards closure for a victim many of you never met,” Worrell said in a statement.
The SUV had been traced to as far away as Georgia after the search began, officials said.

Mangekian returned to the area at some point and was located, according to the release. He was listed Friday as being held without bond at the New River Valley Regional Jail.

No other information was immediately available. The sheriff’s office thanked the Radford City Police Department, Virginia State Police and U.S. Marshals Service for their assistance.