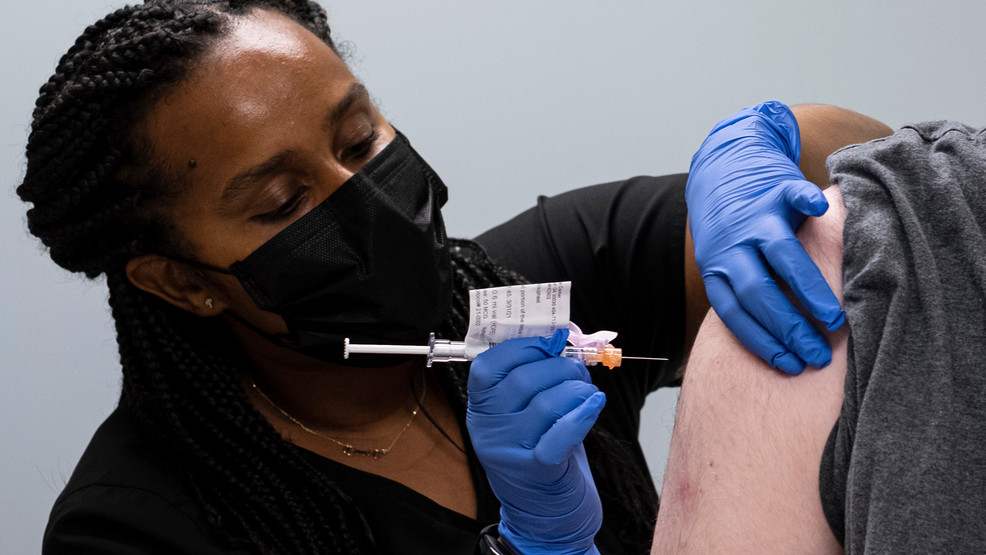 Starting Tuesday, the old Lord & Taylor in Tysons will become a vaccination site that will give about 3,000 shots a day in Fairfax County.

Not only are 3 million additional Virginians waking up eligible to get the COVID-19 vaccine, but teenagers 16 and older can now schedule an appointment. It has been a highly debated and discussed topic.

Approximately half of all adults in the Commonwealth have received at least one dose.

Only the Pfizer vaccine has been approved for teens aged 16 and 17. The Moderna and Johnson & Johnson, whenever that one is allowed again, are approved for ages 18 and up.

Seventeen-year-old Conor Johnson says there has been a lot of skepticism at his high school in Alexandria about getting a vaccine. After a lot of research with his mom, he has scheduled an appointment for later today.

“I was never against it, I don’t like needles so the whole idea of a shot freaks me out in the first place. But I’ve always been open to the soonest opportunity for me to get the vaccine is, as I’m open to get it,” Johnson says.

The vaccine eligibility in the commonwealth comes as the first cases of the so-called Brazil variant have been identified in two samples from residents, according to state health officials.

“Today, approximately half of adults in Virginia have had at least their first dose of the vaccine. We have made great progress in vaccinating Virginians as quickly, safely, and equitably as possible, and we need to keep it up. If you’re over 16 and haven’t been vaccinated, please make a plan to get your shot,” exclaims Gov. Northam.

According to the governor’s office, Virginia’s eligibility expansion meets Pres. Joe Biden’s nationwide goal that all adults will be eligible for a COVID-19 vaccine by April 19.

So what about younger children? There are thousands of middle schoolers and elementary school children taking part in trials around the country. Health officials believe younger children may still be months away, possibly by this fall but more than likely early next year.

With the move into Phase 2, appointments will still be required for most vaccinations. Virginians are now able to find and schedule appointments directly through the Vaccinate Virginia vaccine system by visiting vaccinate.virginia.gov or by calling 877-VAX-IN-VA (877-829-4682, TTY users call 7-1-1). The vaccinate.virginia.gov site will link to the Center for Disease Control and Prevention’s VaccineFinder website, which has a searchable map-based tool to find appointments at Community Vaccination Centers, local health departments, pharmacies, and hospitals.