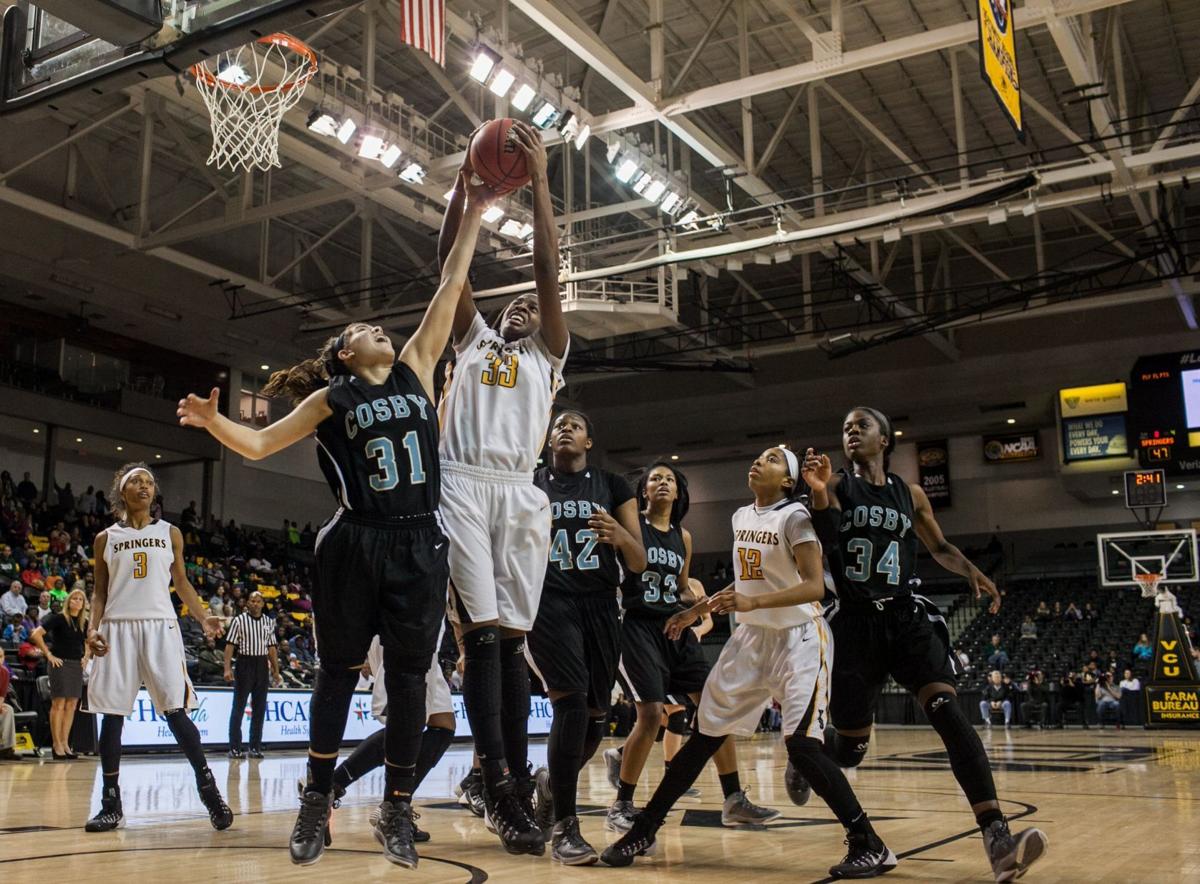 Will we finally see a jump ball?
No, we won’t.
Will we finally see a packed gym with fans shouting and filling the bleachers?
No way.
But, can we finally see a 3-pointer, foul shot and cheerleaders?
Yes, it appears with a little luck they’re just around the corner.
On Thursday, Virginia Governor Ralph Northam signed the fourth amended Executive Order 67 which includes changes to Section 12 related to recreational sports. These changes allow the VHSL Championshio+1 schedule to begin playing in December as scheduled. The VHSL has likewise released its “Guidelines for Return to Participation” for school divisions. This document will provide guidance for schools to ensure a safe reopening of sports and activities.
Although there are still many questions, as well as concerns about the potential for COVID-19 spiking in the upcoming months, high school basketball will be the first major High School sport to resume competition after it was the last competition to take place last March among VHSL schools statewide. All other high school sports were also addressed as far as expected protocol and regimes once their adjusted seasons take place.
“This amendment by the Governor clears the way for all of our sports to play,” VHSL Executive Director Dr. John “Billy” Haun said Thursday. “We appreciate the time, effort and input staff received while preparing this document. Adherence to these guidelines will offer a safe reopening for our students, coaches, staff, officials and communities once we start playing in December. Additionally, we appreciate the close collaboration and guidance from the Governor’s office, the Virginia Department of Health and the Virginia Department of Education.”
The amended Executive Order did not change the number of attendees permitted at a sporting event, which cannot exceed the lesser of 50% of the occupancy load or 250 persons. For high school basketball at the nine area VHSL “Big-11” schools, the 250-person limitation would be the guideline in play.

Removing 20-person averages for each team, including players, coaches and team staff such as a manager and trainer, 10 game officials including scoring table personnel and referees, 10 cheerleaders per team and school administrative staff and security of 5, the remaining total limitation for parents, family, student sections and fans will fall somewhere around 175.

Some school officials have implied that some form of early sign-up system may be necessary to determine who is allowed in the gym with a clear-cut predetermined list in place for the day or night of games. The VHSL had already announced basketball teams will be allowed to play 60% of their normal regular season schedule, which will be 14 games this season. Regional and state championship games will be additionally allowed as postseason events.
The modifications outlined in “Guidelines for Return to Participation” are meant to decrease potential exposure to respiratory droplets by encouraging social distancing, limiting participation in administrative tasks to essential personnel and allowing for appropriate protective equipment. Recommendations include cleaning and disinfecting, mask protocol, transportation, and how to run activities safely for individual sports and activities.
New basketball rules recommendations will put a different look on games. Pregame protocol will limit attendees to the referee and the head coach or their designee at the center circle, with 6-foot social distancing. There will be no jump ball to start a game with the visiting team getting possession first. Likewise, here will be a coin flip to determine the first possession of any overtime.
No spectators will be allowed in the first row to maintain distancing from bench areas and the court, and teams may opt to use seats in the bleachers for players and staff or put benches on the opposite side from the scorer’s table. Cheerleaders will maintain 6-foot distancing and certain routines will be eliminated during games. One key development was that participants are not required to wear masks but are required to wear masks at all other times during a game.
Other high school sports in their new start-up season time slots will also have significant adjustments. For example, social distancing will be a challenge for football teams that typically carry a 50-75 player sideline roster. And, although played outdoors, the 250-attendee limitation, after players, coaches , officials, game staff and bands are accounted for, virtually assures no fans in the stadium.
This is especially a concern considering gate receipts at football games are typically the driving force in funding a high school’s athletic program and other non-revenue sports. Football is scheduled to start play in late-February, when heavy snows are not that uncommon in this region. Football teams have a 7-week window to play six allowed regular season games, with postseason playoffs to follow.
Other sports from volleyball to tennis to baseball, lacrosse and competition cheer will see new established protocols that will alter the look of their competitions.
High school basketball will be a new ball game with its hopeful December start. But, after nine long months without any sports being played, most people will welcome any necessary adjustments to get the games started again.
Related Topics:
Up Next