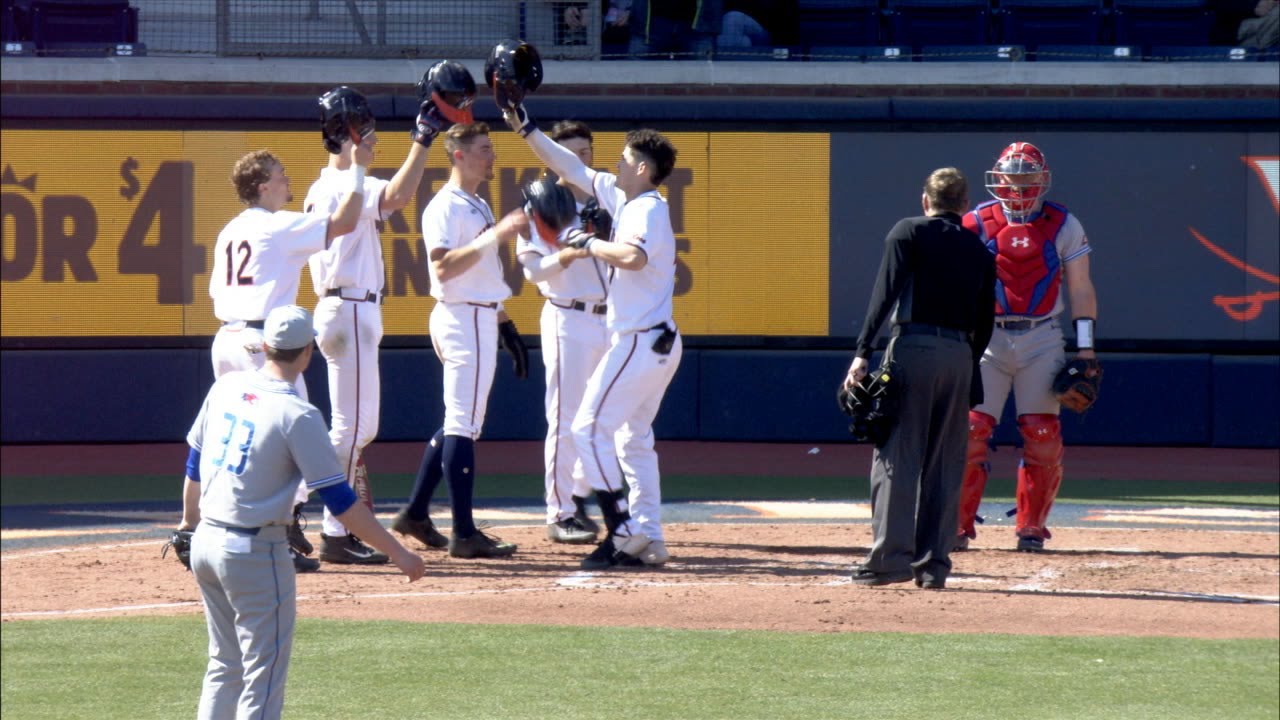 CHARLOTTESVILLE, Va. – Virginia (13-4) scored in all but one turn at the plate in 24-5 victory over UMass Lowell (4-10) on Tuesday afternoon (March 10) at Disharoon Park. The Cavalier offense produced the program’s fifth highest run total since 2000 and most in more than a decade.

Sophomore Jimmy Sullivan (Wethersfield, Conn.) capped what turned out to be a seven-run first inning for Virginia with his fourth home run of the season. The two-run shot was part of a 10-batter inning that featured a pair of UMass-Lowell fielding errors. Sullivan has homered in three of his last four starts and now has four home runs on the year, tied for second most on the team.

A six-run second inning was highlighted by the second grand slam of the season by Devin Ortiz (Nutley, N.J.). He reached base five times in a 2-for-3, three walk day at the plate. Freshman Chris Newell (Newtown Square, Pa.) hit the third homer of the game for Virginia, a two-run shot in the bottom of the fourth. The first year drove in a game-high five runs, two came on bases loaded walks.