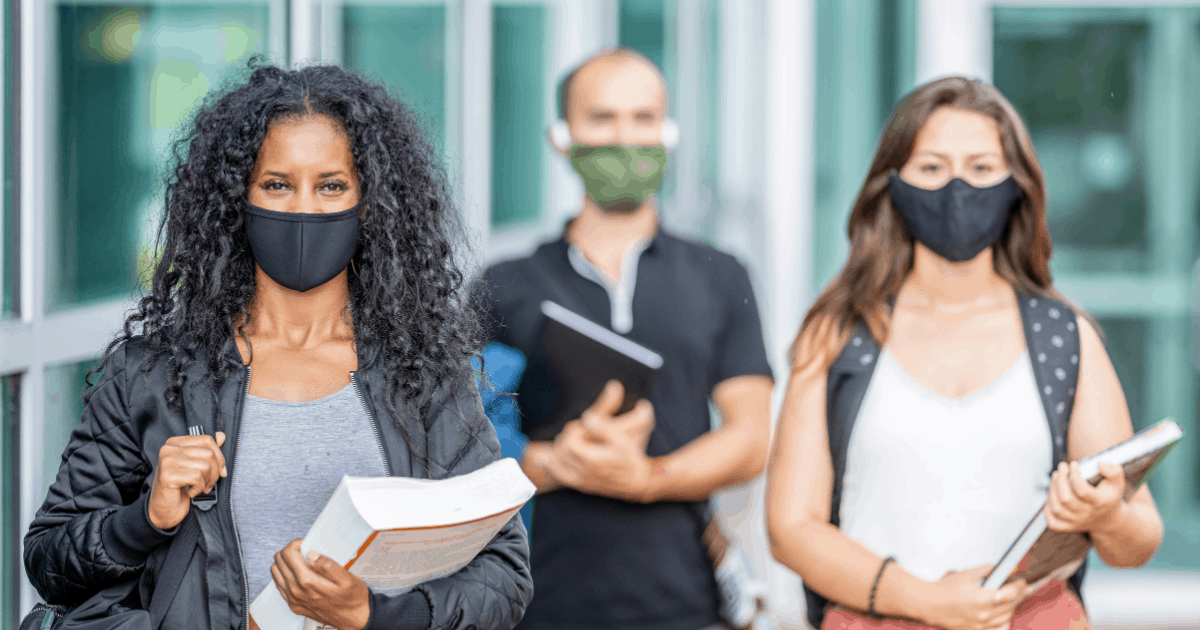 Virginia – Virginia college students returning to campus amid the COVID-19 pandemic have been equipped with masks, hand sanitizer and disinfectant wipes. Now, many also have coronavirus testing data available at their fingertips.

Some Virginia universities have unveiled COVID-19 dashboards to track infections as students return to campus.

VCU outpaced five Virginia universities that had testing data available: George Mason, Radford, the University of Richmond, Virginia Tech and the College of William and Mary.

“Gathering in large groups during a public health crisis is not acceptable and VCU does not encourage or condone these activities,” the university said.

The advisory said that students hosting parties or gatherings with 10 or more people are subject to interim suspension.

“Honestly I think it’s a little extreme, but I understand where they are coming from,” VCU junior Taylor Jackowski said.

Jackowski said being in a sorority, it’s hard to not want to hang out with other members in groups or gatherings.

Nearby, the University of Richmond also is posting COVID-19 data. The institution’s dashboard shows that 1,285 employees and students have been tested since July. There are six current active cases. The private university said students who host large, off-campus gatherings risk suspension.

“If you live on campus and host a gathering that violates our safety protocols, you will be evicted for the rest of the year,” Steve Bisese, UR’s vice president of student development, said in a letter sent to students and their families. “If you attend a gathering of this sort on or off campus you are also at risk of significant disciplinary action.”

The University of Virginia in Charlottesville opened an online portal for students and those in the surrounding community to report infractions that violate the university’s COVID-19 policies.

Virginia Tech released its first set of testing data on Aug. 19, though classes didn’t start until Aug. 24. As of Monday, Virginia Tech had tested 9,041 students and employees with 21 total positive results.

Fairfax-based George Mason University also kicked off classes Monday. The university tested more than 2,600 residential students prior to move-in through a kit the university mailed to their homes and had five tests returned positive, Melanie Balog, GMU director of news and content, said in an email. Those students are in isolation at home and have to be cleared by their healthcare provider before they return to campus, Balog said.

“We also have five students quarantining as they wait for results from Kallaco or an independent provider, either at home, in a solo room or in a temporary quarantine space on campus,” Balog said.

The Kallaco Health & Technology tests, which were also used by VCU and William and Mary, were called into question by the VCU and GMU chapters of the American Association of University Professors. On Aug. 21, AUUPMason said in a Facebook post that tests sent to its students in July and August were not approved for self-administration by the FDA’s Emergency Use Authorization program, which “radically undermines” their confidence for a safe return to campus.

William and Mary wrote in response to recent scrutiny that Kallaco confirmed “the test kits provided to students have been approved by the FDA for home collection.”

GMU said it will require those who are classified as “high-contact” to be tested, including student health service clinicians, residential students, student-athletes and campus police among others.

Radford University in Radford had tested 1,470 people as of Aug. 14. Out of those people, roughly 11 tested positive–.75% of the total individuals.

William and Mary in Williamsburg tested 4,407 students and 470 employees before students returned to campus on Aug. 19. The college isn’t reporting positive tests because its positive tests were under the threshold requiring it to report, according to its COVID-19 dashboard. It also said its positivity rates are lower than the surrounding area of Williamsburg and any positive student or faculty tests are included in regional numbers.

In addition to post positive tests, VCU is tracking students who live on campus and are in isolation or quarantine, though it does not break out the numbers based on dormitory location. Students in isolation have tested positive for COVID-19 and are separated from people who are not sick. Quarantine restricts the movement of people that may have been exposed to COVID-19. By Monday, the VCU dashboard indicated that 62 students were being quarantined and 43 were being isolated on campus.

Before the semester began, VCU announced that classes with more than 50 students would be online. VCU senior Kati Flamm said she isn’t comfortable attending the only in-person criminal justice class she has, which has 47 students.

“As soon as I found out that I had an in-person class, I was already uncomfortable with it,” Flamm said. “I knew that coming in and out of the classroom, people would not be able to social distance.”

Classrooms at VCU have tape or signs on seats to reduce capacity in an effort to prevent the spread of COVID-19. Other campus areas such as dining and common spaces also have areas marked where to stand in line or sit at a table.

On Monday, the Virginia Department of Health reported 655 new confirmed cases, bringing the statewide total to 108,767 confirmed cases, with a 6.4% 7-day positive rate. 2515 individuals have died over the last 6 months in Virginia. Over 75% of all deaths attributed to Covid-19 have involved people 65 and over. People 44 and under account for less than 4%.