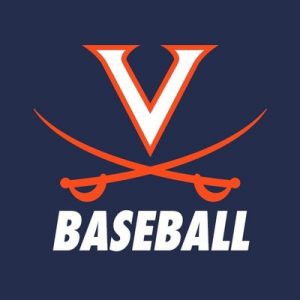 CHARLOTTESVILLE, Va. – Virginia (5-3) clinched its four-game series against Bucknell (2-6) with a 12-3 victory in the series finale at Disharoon Park on Sunday (Feb. 23). The Cavaliers posted double-digit runs on the scoreboard for the third-straight game.

After Bucknell plated two runs in the top of the fifth to make the score 5-2, Virginia scored seven unanswered including a season-high, six in the bottom half of the sixth inning. The Cavaliers were issued 11 walks and hit by three pitches in the contest.

Rivoli finished 2-for-5 with a run scored while Michaels scored a career-high three times in a 2-for-4 effort. Rivoli had seven hits in the series and currently sports UVA’s highest batting average (.321) through eight games.

“That was a nice response after a difficult game last night,” head coach Brian O’Connor said. “Anytime you play four games against an opponent and you can win three out of four, (of course) we want to win them all but that doesn’t always happen. I’m proud of our guys of how we responded and hopefully we can get some momentum going into William & Mary.”

A combination of six pitchers limited Bucknell too just five hits and two earned runs. Sophomore Blake Bales (Schoolcraft, Mich.) was credited with his second career win after tossing 1.2 innings of scoreless baseball. He took over for freshman starting pitcher Nate Savino (Sterling, Va.) and got the final two outs of the second inning including a strikeout to strand Bison runners at second and third.

The Cavaliers will be back in action on Tuesday (Feb. 25) when they host William and Mary at Disharoon Park. First pitch is scheduled for 3 pm.

Additional Notes
• Virginia improved to 26-2 all-time against Bucknell and 16-1 under O’Connor.
• Drew Hamrock (Roswell, Ga.) laid down two critical bunts in the contest, one for an RBI single with two outs in the second to tie the game and another sacrifice that advanced Devin Ortiz (Nutley, N.J.) two bases in the fifth. Ortiz eventually came around to score the first of seven unanswered runs by Virginia.
• Newell drove in two runs without recording a hit in the contest. He reached base three time, twice on a walk and once on a hit by pitch. The first year has reached base safely in four-straight games and all but one game this season (VMI – 2/19).