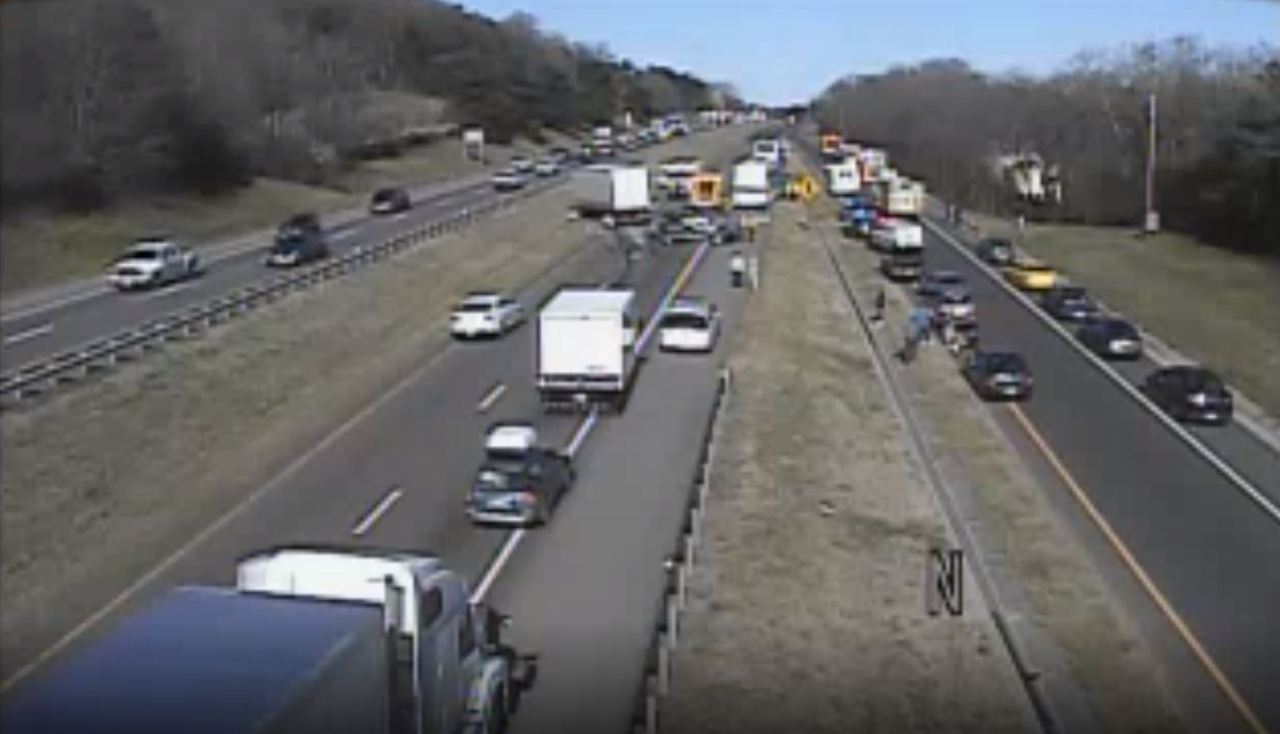 The wreck is causing considerable traffic congestion in Salem.

UPDATE 3:06 p.m.: According to VDOT, only the southbound right lane and right shoulder are now closed at mile marker 138 on I-81 because of the Roanoke County multi-vehicle wreck, which has backed up southbound traffic for approximately 10 miles.

Meanwhile, northbound traffic is still delayed until at least mile marker 137, as seen on the 511 traffic cameras.

UPDATE 1:40 p.m.: VDOT says crews have reopened the northbound lanes on I-81 following the tractor-trailer crash in Roanoke County, but traffic cameras still show northbound traffic backed up four miles away from the crash.

Meanwhile, even though VDOT is reporting a three mile delay on I-81 South, traffic cameras show southbound traffic at a standstill five miles away from the scene.

ROANOKE COUNTY, Va.  — A tractor-trailer crash in Roanoke County is causing some serious backups along I-81 North and South Thursday afternoon.