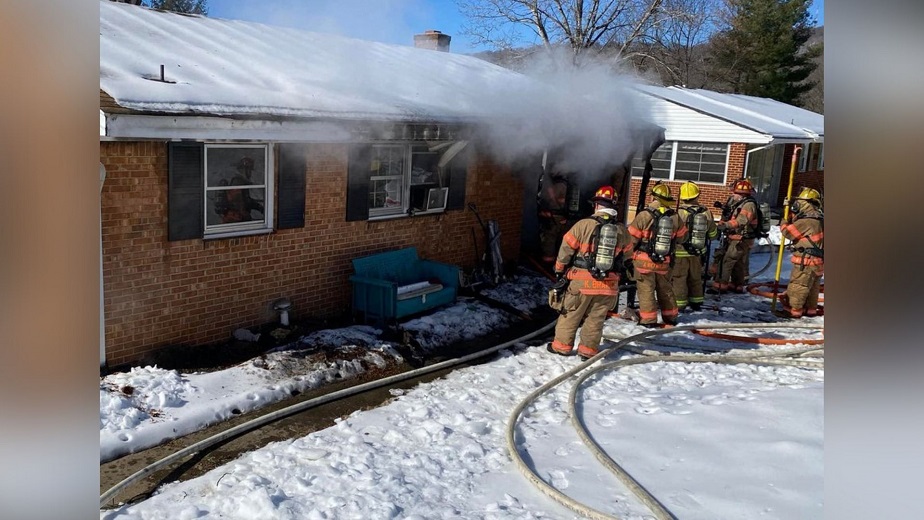 Roanoke County, Virginia – Two individuals were sent to the hospital after a home fire in the 3000 block of Woodway Road on Saturday. A dog was killed in the fire.

According to Roanoke County Fire & Rescue, firefighters were sent to the Mount Pleasant home just before 11:30 a.m. for a report of a residential structure fire.

When firemen arrived on the scene, heavy flames and smoke could be seen coming out of the front of the building, with two residents standing in the driveway.

The fire was brought under control in 12 minutes and controlled in less than 30 minutes.

One adult was transported to the hospital by ambulance, while the other was transported in their own vehicle. Both patients had non-life-threatening injuries. A teen-aged resident was not present.

They have been relocated and are staying with relatives.

Two pets have disappeared from the property.