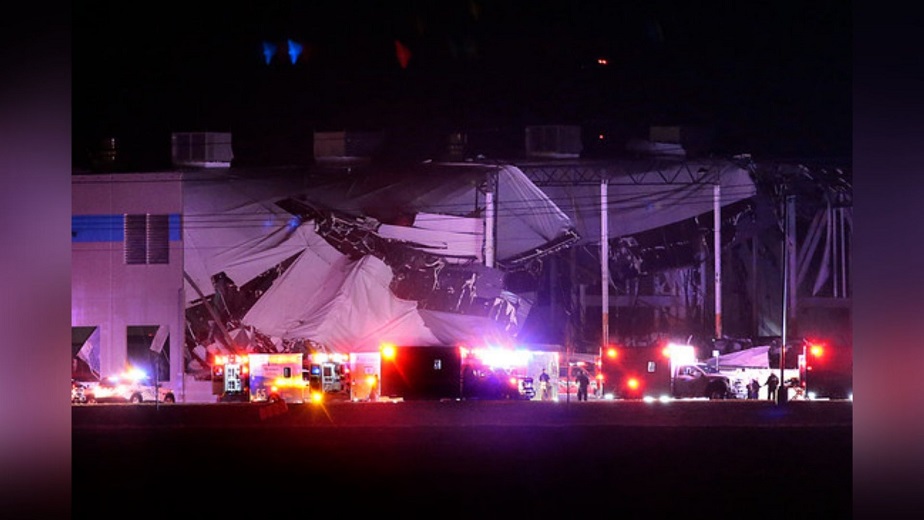 Kentucky – Following a late-night tornado outbreak across the South, dozens of people are believed to be dead this morning.

At least 24 tornadoes were recorded throughout five states, according to the NOAA Storm Prediction Center: Arkansas, Illinois, Kentucky, Missouri, and Tennessee. Storm warnings are still in effect in several places, and emergency announcements have been made.

The biggest impact was a factory collapse in Mayfield, Kentucky. Governor Andy Beshear stated in an early morning press conference that “this is going to be some of the worst tornado damage that we’ve seen in a long time.” “We expect multiple fatalities.”

According to reports, there were more than 100 individuals in the building, and the governor anticipates casualties from five counties around the state.

According to the governor, the tornado was certainly the most powerful and fatal in Kentucky history.

According to state officials, the tornado was on the ground for more than 200 miles, and rescue attempts were still ongoing this morning.

Three individuals have been reported dead in Tennessee as severe storms raged throughout the state. According to the Tennessee Emergency Management Agency, the storms have claimed the lives of two people in Lake County and one victim in Obion County.

After a tornado ripped across the area, an Amazon warehouse in Edwardsville, Illinois, collapsed, and at least one death was reported in Missouri.

More than 53 million to travel for the holidays