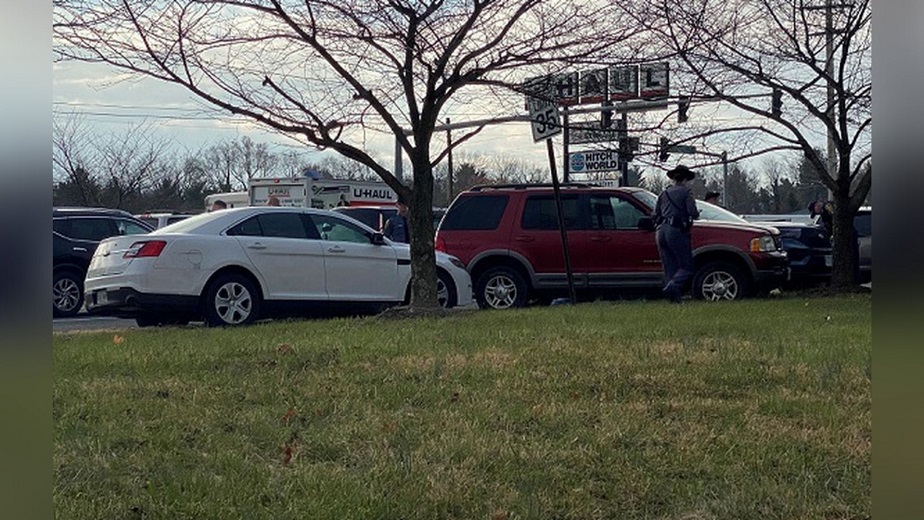 The red SUV shown in the photo was reported stolen from Cloverdale in Botetourt County, according to Virginia State Police on the scene. When a sheriff’s deputy attempted to stop the stolen vehicle, the driver continued driving, leading the deputies on a chase.

After a while, the chase eventually came to a stop in northwest Roanoke, near Hershberger and Ordway.

Roanoke police were assisted by the Virginia State Police in the chase.

There has been no word on whether anyone has been charged or injured.