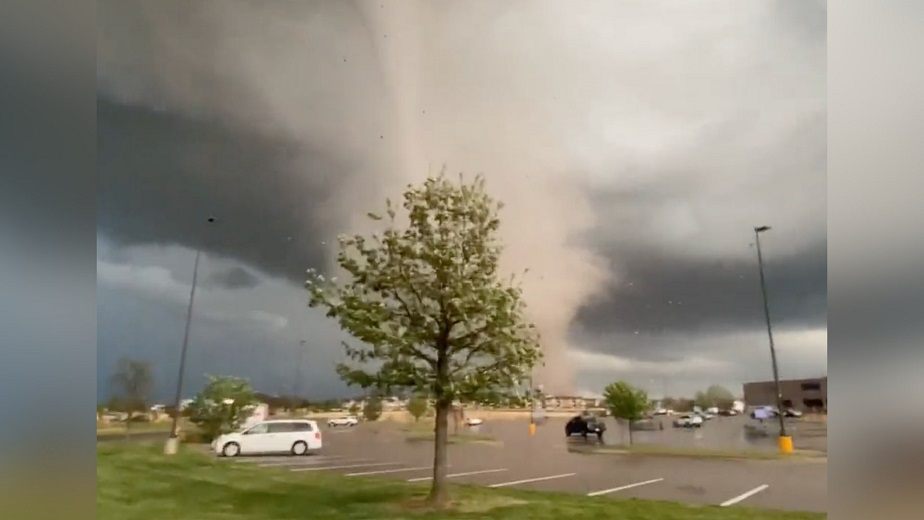 Wichita, Kansas – Multiple structures were destroyed and several people were hurt when a tornado rammed through regions of Kansas, authorities said on Saturday. More than 6,500 people were also left without power as a result.

In the early evening hours of Friday, officials said the twister swept across sections of southeast Wichita and Andover. It wasn’t clear how many buildings were destroyed in Andover at first. Fire Chief Chad Russell said in a press conference early Saturday that 50 to 100 buildings had been damaged in Sedgwick County.

Russel said that houses were completely destroyed in several neighborhoods.

According to authorities, only a few injuries have been recorded. Three individuals were hurt in Sedgwick County, including a woman who was severely injured. Despite the fact that there have been no reports of casualties in Butler County, Russell said a secondary assessment will be done Saturday morning.

More than 900 properties were in the path of the tornado, and it was not immediately clear how many buildings had been destroyed.

Russel said that certain neighborhoods had been damaged to the point where homes were entirely blown down, and he named specific regions that had experienced “very bad damage.”

Russell noted that damage to City Hall had also occurred, which has delayed a number of rescue efforts. The Dr. Jim Farha Andover YMCA and Prairie Creek Elementary School were among the other structures that were reportedly affected as well.