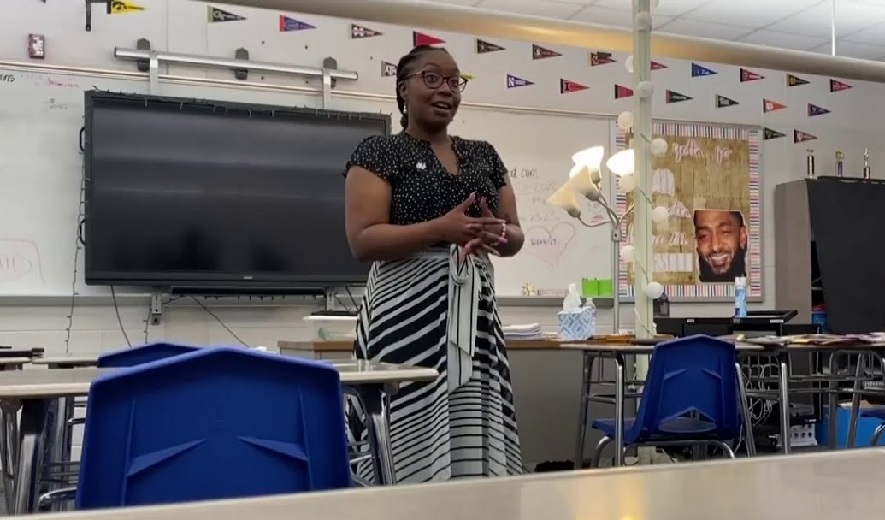 Roanoke, Virginia – Roanoke City Public Schools made history by naming their district teacher of the year.

A seventh-grade math teacher at Lucy Addison Middle School, Eboni Harrington, was selected as Teacher of the Year in the District.

Miss Harrington’s mentor acknowledged the historical significance, adding, “You’re the second African American to get this recognition, and the first African American female to be named district teacher of the year.”

A committee comprised of RCPS workers, retirees, and last year’s teacher of the year made the selection.

“Ms. Harrington’s passion for her students, her resilience in the face of unprecedented challenges and her unwavering determination exemplify our division’s vision to be a model for urban public education,” the committee stated.

“As the oldest of eight, I always find myself teaching and learning from my siblings daily. I aspire to be a great role model for my siblings by modeling resilience, confidence, and perseverance. I developed these characteristics by observing my mother advocate for my brother during a difficult period during his senior year. His privileges to graduate had been revoked and she fought effortlessly to reinstate his rights to walk. Watching her fight for my brother ignited something in me that reassured my career choice to become a teacher,” Harrington said.

Miss Harrington will now compete for Regional Teacher of the Year and received a $1,000 reward from Member One Federal Credit Union.