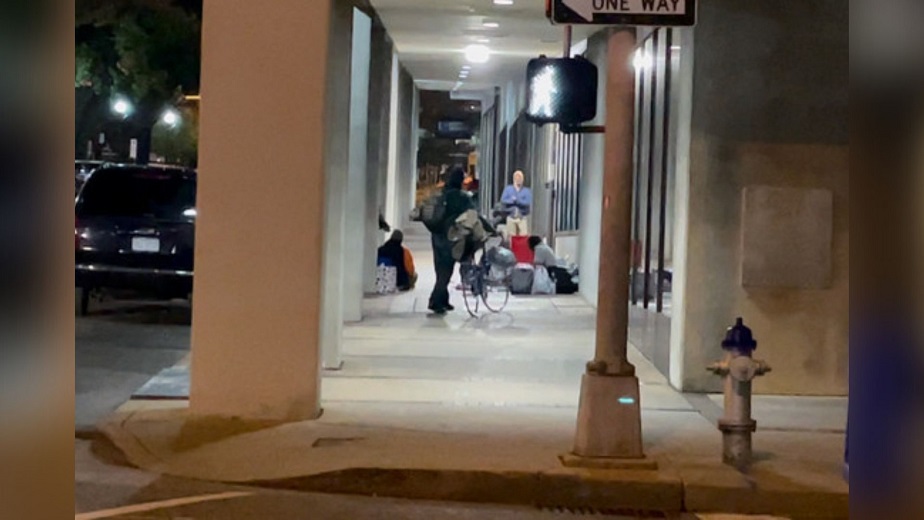 Roanoke, Virginia – More than a month has passed since the City of Roanoke declared it illegal to camp on downtown sidewalks, causing many people facing homelessness to find other shelters.

In collaboration with the city, Roanoke’s Homeless Assistance Team, often known as “HAT,” has worked to remove people who are experiencing homelessness from the streets of the city.

“What we do is we work with folks that are unsheltered, living on the streets. And our role is to build relationships first and build trust and then work with connecting individuals to services,” said human services administrator, Matt Crookshank.

“We haven’t really seen an increase in need because of the ordinance,” he said.

A section of the sidewalk along Church Ave. used to be a sleeping area for those who were homeless at one point in their lives. Since the ordinance was passed, people have been leaving the neighborhood and going to places like the Rescue Mission or finding other places to stay for the night outside of downtown.

“We’ve seen encampments pop up, some in Southeast in other parts of the city. Folks have dispersed and spread out which is what we kind of thought would happen with the ordinance,” said Crookshank. “But we are doing everything we can to make sure folks are connected to services and engaged and working towards solutions,” he said.

Officials from the city have previously said that the ordinance is about compliance rather than punishment. According to Bob Cowell, the city manager, it has been effective. He issued a statement in which he said, in part, “Since its adoption, there has been no enforcement action needed related to camping on sidewalks in downtown. The combined efforts of educating folks about the ordinance and increased outreach efforts has proven beneficial and compliance has been voluntary.”

HAT is very focused on its goal of connecting people who are homeless with the help they need.

Female bicyclist dead after being struck by vehicle along Route 11