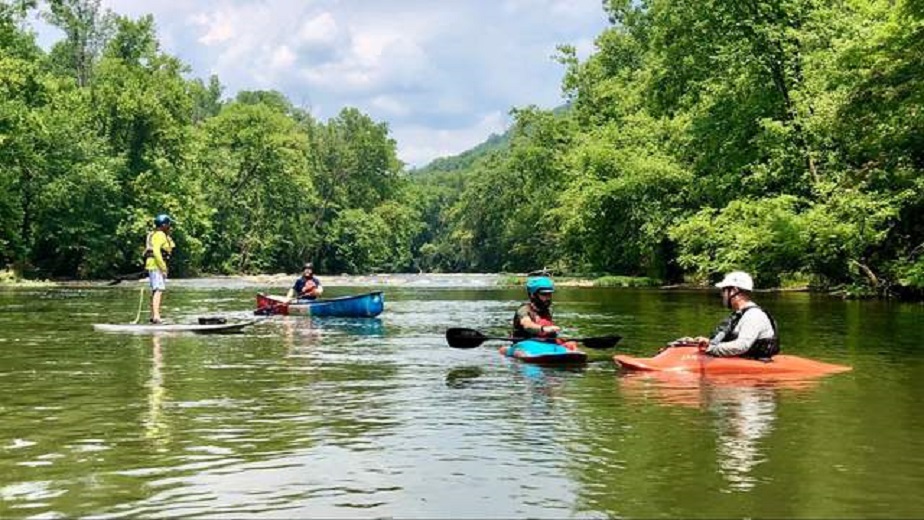 Roanoke, Virginia – Another gold star has been awarded to Star City.

The Roanoke River has been ranked the third best urban kayaking river in the country by USA Today.

According to Alex North of the Roanoke Parks & Recreation Department, the Roanoke River is “One of the top ten watersports and paddling locations in the country”.

In part because of the Roanoke Valley Blueway’s success.

“(It’s) definitely a great asset to have, for the outdoor rec community because not only to do we have greenways, but we have blue ways. So, you can pretty much paddle from one end of the county to the other using the Roanoke River,” North said.

The Blueway is a stretch of the river that allows you to go from Montgomery County all the way to Explore Park in Roanoke County.

Unlike other rivers, this is a trip that is mostly uninterrupted by dams or other blockages.

Jeff Todd with Roanoke Mountain Outfitters says the river is great for beginners.

“It may not be the most exciting river for the most experienced paddler, but most of us aren’t. So, it’s a great river for people just starting off,” said Todd.

Along the way you’re treated to the best of both worlds.

“It’s a great asset because not only can you be paddling through some great nature and scenery but you can also, at one of those take out points, access the amenities of our local community,” North explained.