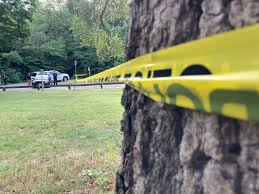 Roanoke, Virginia – Roanoke Police are investigating another shooting incident following a series of shootings in the city over the last week.

Police report around 4 p.m. Friday, they were notified of shots fired near Washington Park. When officers got there, they learned a man had arrived at Carilion Roanoke Memorial Hospital for treatment of a serious gunshot wound.

Officers said the incident happened in the lower level of Washington Park.