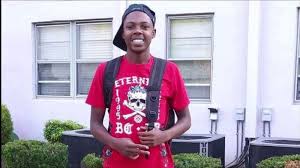 Roanoke, Virginia – Police said they arrested an 18-year-old Roanoke man in connection with the June murder of a 17-year-old.

Brandon Calderon-Damian is facing charges for first-degree murder and the use of a firearm in the commission of a felony, according to the Roanoke Police Department.

Calderon-Damian killed 17-year-old Phillip Davis on June 27, according to police.

10 News spoke with Davis’ family in August as they were asking the community for answers surrounding his death. Davis was shot in the parking lot of the Hyatt Place Hotel in Roanoke after going to a party with some friends, according to his family.

Lynchburg, Roanoke Registrars react to lawsuits ahead of Election Day