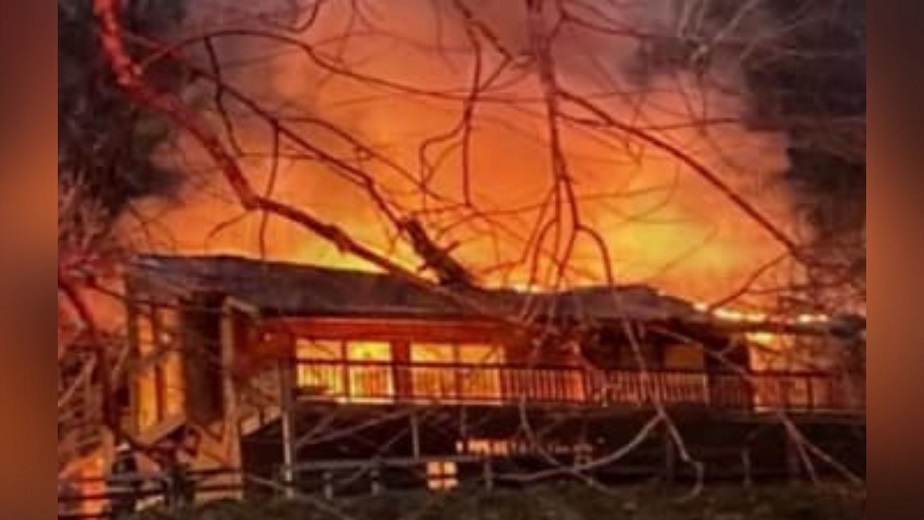 Roanoke County, Virginia – After their home was totally destroyed by a fire in Roanoke County, a family has been relocated and will be residing with relatives.

Crews were dispatched to the 7000 block of Lodi Lane, near Back Creek, on Friday at around 5:48 a.m. for a report of a home fire.

Heavy flames and smoke were seen coming from the roof of the two-story, wood-sided single-family home as firefighters arrived.

Two adults were inside the house at the time of the fire. Both the adults remained unharmed by the fire, but a parakeet has died, according to authorities.

The house is totally destroyed due to the fire, according to the fire crews. The family has been relocated and will be living with close family members.

The cause of the fire is yet to be determined.