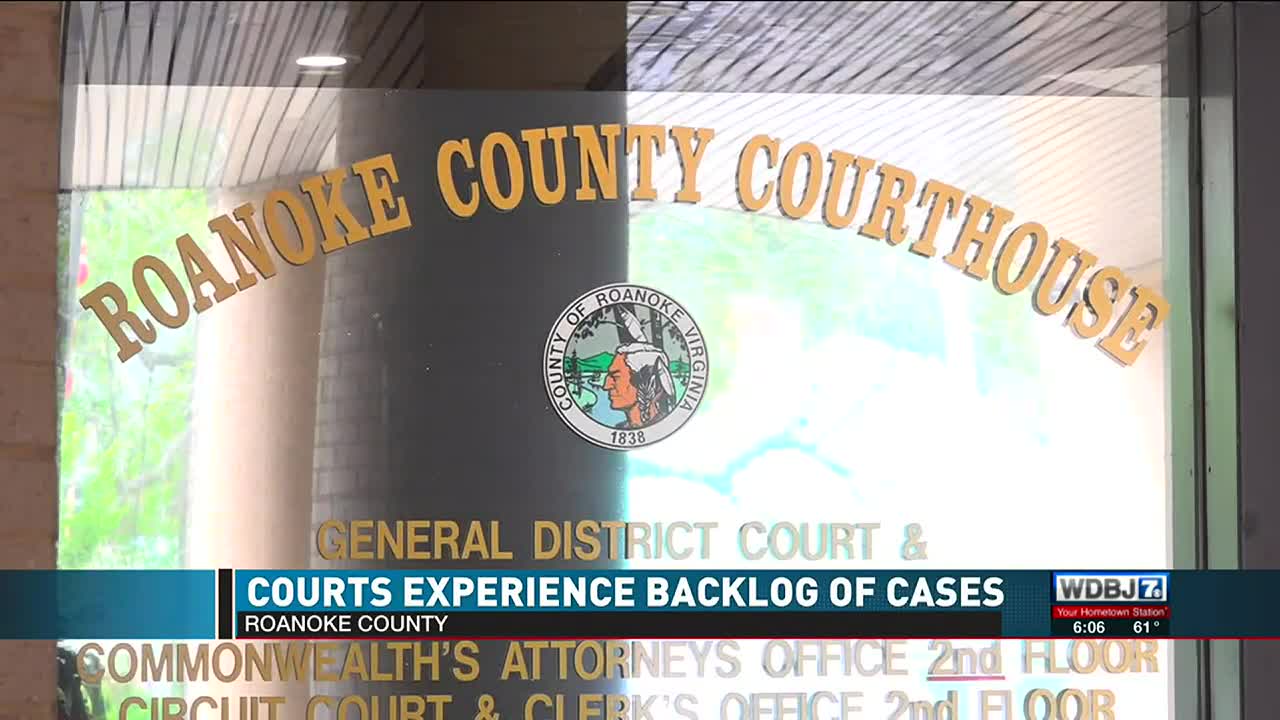 ROANOKE, Va. – The Roanoke County Courthouse is still playing catch-up with its caseload.

County Commonwealth’s Attorney Brian Holohan tells us one of the greatest challenges for the courts right now is still the capacity limits.

Accommodating safety guidelines have limited how they conduct jury trials, with only one jury trial able to take place at a time, despite additional judges being available to hear cases.

“My biggest concern is for a lot of folks who are witnesses and victims in cases, with cases being continued out into much longer periods and the process being much more cumbersome, I think things get delayed a lot and that often comes at the cost of victims not being able to have their cases resolved quickly,” says Holohan.

County officials also say recent changes the general assembly has made to the law are making continuances more common, and instead of the routine 90 to 120 days, proceedings are being delayed six to eight months.