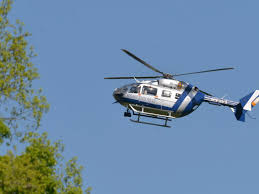 CHARLOTTESVILLE, Va.  — A new report finds that Virginia State Police did not require training for a certain flight condition that contributed to a fatal helicopter crash during the protests in Charlottesville.

The Richmond Times-Dispatch reports that the findings came out in a National Transportation Safety Board report that was released Wednesday.

The report doesn’t address the probable cause of the crash.

But it said there was no record that the pilot was trained to respond to a condition known as “vortex ring state.”

The condition causes a helicopter to descend in the downwash of its rotor blades and makes it vulnerable to “uncommanded pitch and roll oscillations.”

Virginia Has 5th Highest Increase in Unemployment Claims in 2020