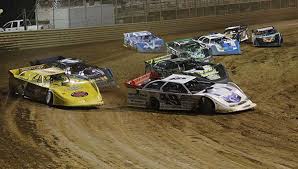 Richmond, VA – Virginia Gov. Ralph Northam says racing will be allowed to resume in the state without spectators.

The governor says NASCAR will race at Martinsville Speedway on June 10, and that other forms of auto racing and horse racing also are cleared to resume.

“These events will not be open to the public and no spectators will be allowed, among other restrictions,” he says.

NASCAR was originally scheduled to make its first of two stops at Martinsville in early May, but the event was postponed because of the coronavirus. It also will visit Richmond Raceway on Sept. 12 and conclude the season with a return to Martinsville on Nov. 1.
Related Topics:
Up Next