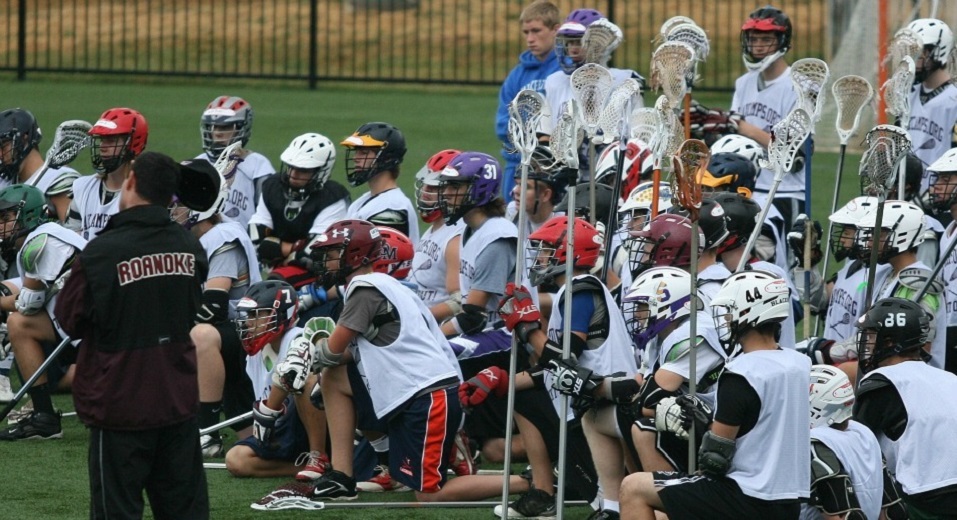 Salem, Virginia – The sport has expanded in the region for the last 32 years since Bill Pilat is the head coach of Roanoke College men’s lacrosse team.

“Kids are picking it up like crazy here in the Roanoke Valley, and the Goalie School has grown the same way. There’s more specialization. Being a goalie is a very unique thing, like a pitcher or catcher, so we’re happy to work with the guys and give them the extra coaching that they might not get back home,” Pilat said.

Pilat’s Goalie School is training the next generation of goalies in 15 states from coast to coast, with 30 girls and 60 boys for this week’s camp in Salem, besides coaching the Maroons.

“To be a goalie in lacrosse and any sport, it takes a certain mindset and you gotta’ look at things a little differently. Other people get out of the way of the ball. We, as goalies, need to get in the way of the ball. So we kind of work on that, and we do some drills with tennis balls since the lacrosse ball’s really heavy. We do drills to get them used to getting hit with the ball, but no matter what, it still hurts if you get hit, so it makes you want to catch it more than get hit,” he said.

Pilat’s camps have been attracting goalies from the ages of 10 to 18 for more than 25 years, with graduates representing some of the best college programs from Division III to Division I.

“It makes you better as a player because you’re up against so many other goalies in your age group who are better than you and who have played different club teams against better players than you,” A rising 9th grader at the camp from Montclair, New Jersey, Teddy Siddons said.

“One thing that I’ve learned about the Goalie School over all the years that it definitely gives the goalies is confidence because we give them drills that will make them better. And we also give them techniques that can make them quicker or make better saves. I know that they leave here with more confidence and more knowledge, and those two things just make you have so much more fun in your sport,” said Pilat.