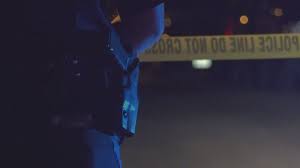 Virginia – The results of a new survey reflect support for criminal justice reforms in Virginia, but some of the proposals now advancing through the General Assembly are more popular than others.

The survey by the Wason Center for Public Policy at Christopher Newport University said overwhelming majorities support de-escalation training, use of body cameras and a requirement that officers intervene when a colleague uses unlawful force.

But on other proposals, such as a ban on choke-holds, people were more evenly divided.

“On the one hand they recognize that police have a tough job, protecting everybody from the crime that occurs out there,” said Wason Center Director Quentin Kidd, “but they also want police to do a better job when it comes to how they engage racial and ethnic minorities.”

One issue that a majority of people opposed, Kidd noted, was a ban on police use of military-grade weapons.