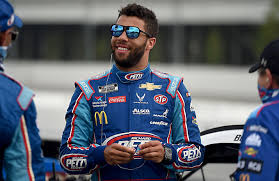 NASCAR Driver Bubba Wallace said that he does not plan to return to the No. 43 car in 2021, RP Motorsports confirmed to NASCAR.

“This was not an easy decision as I have nothing but the utmost respect for Richard petty and his family, but I believe it’s time for someone else to take over the reins of the No. 43. Thank you to the King and everyone at Richard Petty Motorsports for giving me the opportunity to start my Cup Series career. I’ve grown so much as a driver and as a person since joining them. We’ve got nine more races together, and I hope we can finish the 2020 season on a high note.”

It is unclear if Wallace’s decision was impacted by the highly-publicized controversy that followed after a rope tied in the shape of a noose was found in his stall before a race.

A crew member found the rope on June 21 in Wallace’s garage stall at the Talladega Superspeedway.

NASCAR launched an investigation, saying the company was “angry and outraged.”

The FBI was later able to determine that the rope was a “garage door pull rope fashioned like a noose” and had been there since last year. The FBI said Wallace was therefore not a victim of a hate crime.

“It was a noose,” Wallace said. “Whether tied in 2019 or whatever, it was a noose. So, it wasn’t directed at me but somebody tied a noose. That’s what I’m saying.”