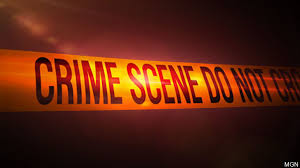 Roanoke, Virginia – Roanoke Police are looking for the person or people involved in a shooting early Thursday.

Officers found the man in the road with a gunshot wound. He was taken to a hospital for treatment of what police say appeared to be serious injuries.

Police are looking into what led to the shooting, and they have made no arrests.

Anyone with information about the shooting is asked to call (540)344-8500. You can also text 274637; begin the text with “RoanokePD” to ensure it’s properly sent. Calls and texts can remain anonymous.