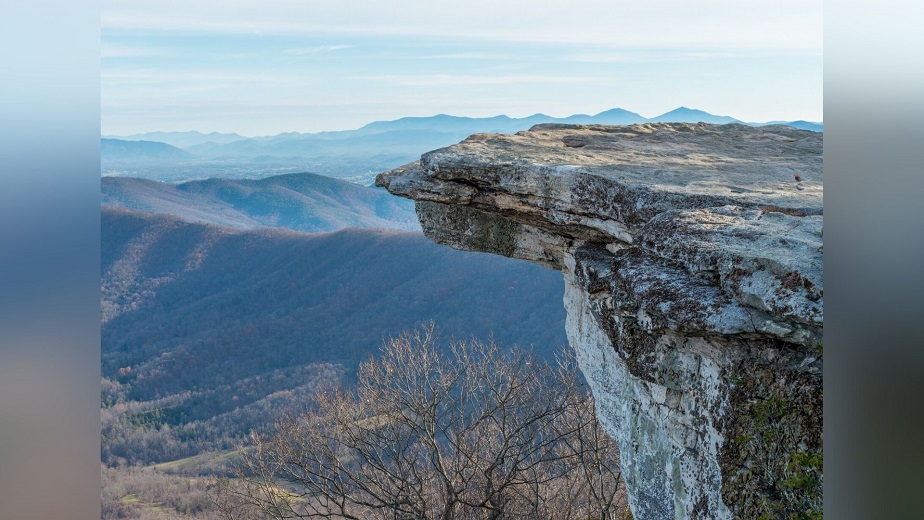 Roanoke County, Virginia – A 20-year-old male is in serious condition after falling about 50 feet from the summit of a mountain in the Masons Cove region of Roanoke County.

In accordance with information provided by Roanoke County Fire & Rescue, crews were sent to the McAfee Knob summit at around 6:00 a.m. on Sunday after receiving a report that someone had fallen from the mountain. During the rescue effort, there were three police officers present, in addition to around thirty members of the fire and rescue departments and three all-terrain vehicles.

The group found the individual at 6:54 in the morning, rendered assistance to him, and then carried him all the way back to the top of the mountain. In this particular spot, the terrain was very rocky and very steep.

A wilderness medicine doctor from Carilion joined the first team and helped move the injured man to an all-terrain vehicle and then to a waiting medical helicopter so that he could be taken to Roanoke Memorial Hospital for treatment.

At around 9:30 on Sunday morning, the hiker and the rescue squad made it off the trail.

Investigation launched into Roanoke shooting that resulted in one death