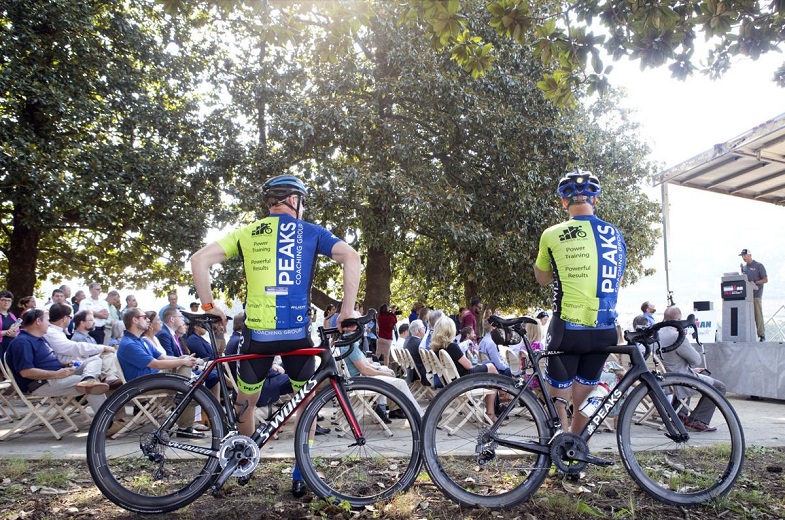 According to Catherine Fox, Blue Ridge Vice President of Public Affairs and Destination Development for Virginia, the event brought in millions of dollars. “Five-to-seven million, but we’re still looking into all the estimated amounts and really just excited about the direct travel expenditures and the indirect, and what it’s done for this community.”

Officials from Roanoke-Blacksburg Regional Airport said that around 400 people traveled through the airport for the event.

The Director of Marketing and Air Service Development for the Roanoke-Blacksburg Regional Airport, Brad Boettcher explained, “We still saw a spike in traffic due to the event, but that also coincided with the peak travel season so we were already pretty busy.”

About 200, VBR officials say, were local athletes – many of whom were new competitors, according to Fox. She encourages more new athletes to take a crack at the race next year. “Start with a leg first, you know, and get that done…from my understanding, there were 700 new athletes who took on this competition.”

The course included more than a mile of swimming, a near 60-mile bike ride, as well as runners who jogged another 13.

This is the only Ironman race to take place in a national park with the course stretching along the Blue Ridge Parkway. It extended from Buchanan to Vienna, through Downtown Roanoke.

Fox said that this is just the first year, in a three-year deal to keep the race local. “Of course, it didn’t happen last year, and that was our first year. So now we’re looking to build on this year, next year, and the year after.”