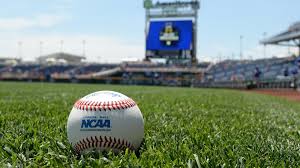 CHARLOTTESVILLE – Had the college baseball season played out as scheduled,
University of Virginia players Chesdin Harrington, Stephen Schoch, Logan Michaels, Evan Sperling and
Paul Kosanovich would have exhausted their eligibility. At least a half-dozen other Cavaliers,
including Andrew Abbott, Griff McGarry, Alex Tappen, Kyle Whitten, and Brendan Rivoli, might have
been selected in last week’s Major League Baseball draft.

But in mid-March, of course, the COVID-19 pandemic intervened. That cut short a promising campaign
for the Cavaliers, who were 14-4 overall and 2-1 in the ACC when the season was halted. The NCAA
later ruled, however, that student-athletes in spring sports could get another year of eligibility,
and MLB slashed its 2020 draft from 40 rounds to five.

All of which bodes well for the Wahoos’ prospects next season. Harrington and Sperling, who were
fifth-year seniors, have moved on, but head coach Brian O’Connor expects to have back every other
key player from his 2020 roster.

The Cavaliers’ coaches are pumped about 2021, and so are the players. “They know what kind of team we
had last year, and they know the high percentage of that team is back,” O’Connor said.

Early this month, Collegiate Baseball Newspaper named Gelof and Newell to its All-America second team. The publication honored Newell as its National co-Freshman of the Year and also selected Cotier for its Freshman All-America team.

On its 2021 roster, O’Connor said, UVA expects to “have 12 guys that are either fourth-, fifth- or sixth-years. That never happens in college baseball, because if you have a good program, you typically don’t have many seniors. So the combination of the [shortened] draft and COVID-19 giving players an extra year has put us in this great situation where we’ve got a heck of a lot of experience. And not only do we have experience, I think we’ve got a lot of talent.”

However, O’Connor added, “I think it’s important to understand that it’s all relative. Do I feel great? Am I excited about what we have coming back, and the experience and talent? Absolutely. But so is every other college coach in America. College baseball next year is going to be as loaded as it ever has been.”

Florida, for example, will return its top two starting pitchers, who in a typical year would have been drafted, O’Connor said. Neither was picked last week.

Nor was Abbott, who needed only three years to earn his bachelor’s degree in biology from UVA. The left-hander was the only Cavalier with a realistic shot to be chosen in the first five rounds this year.

Of the ACC’s 14 baseball programs, 11 had at least one player drafted last week. Louisville and Miami each had three players selected, and NC State, Florida State, Clemson, Georgia Tech and Virginia Tech had two apiece. Duke, Wake Forest, North Carolina and Notre Dame had one draft pick each.

Draft-eligible players who weren’t chosen are now able to sign free-agent contracts with MLB clubs, but signing bonuses are capped at $20,000.

“As it appears right now, all of our guys are committed to coming back,” O’Connor said.

There’s also incoming talent. O’Connor expects at least 11 recruits to join the Cavaliers’ program. They’ll find more competition for playing time than perhaps they expected when they signed with UVA.

“This is going to be the case all over the country,” O’Connor said. “Every college program has more veteran players returning than they ever have before. I don’t think that it’ll be a big detriment or an issue with our rookies coming in. It could be a blessing. They have an opportunity to learn from some veteran guys that know how to do it the right way.

Newcomers who could contribute immediately include Kyle Teel and Channing Austin.

“Kyle Teel, that guy’s a dude,” O’Connor said. “He’s a difference-maker with the bat, and he can play anywhere on the field. He’s not just a catcher. There’s some competitiveness there, there’s some toughness, there’s some athleticism.”

“He’s got a great arm,” O’Connor said. “He’s a really good athlete, and I think the sky’s the limit for him.”

Until the pandemic wiped out the season, UVA was on track to return to the NCAAs this year. That will only heighten the level of anticipation at Disharoon Park as the Hoos prepare for the 2021 season.

“When you have experience coupled with talent, you’re bound to be excited about what you can accomplish,” O’Connor said. “Obviously, there’s a lot of work that needs to be done. Through the fall and the winter and the preseason, we might be able to move some things about that make us better.

Blaney wins at Talladega after NASCAR unites behind Wallace