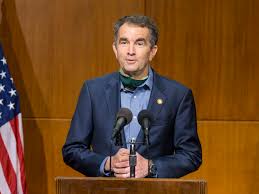 RICHMOND, Va. – Virginia Gov. Ralph Northam says the state is still on track to begin its gradual reopening this week amid the coronavirus pandemic, with the exception of the population-dense Washington suburbs.

Northam said at a news conference Monday that the state continues to see positive trends in key metrics related to the virus’ spread, hospital readiness and testing capacity. He said the state is almost ready to begin a gradual reopening of nonessential businesses, houses of worship and other places currently closed.

“If our numbers continue to trend in the direction they are … I anticipate that will go into phase one on Friday,” Northam said.

But he added while the same trends are moving in the right direction in northern Virginia, he is still concerned about the region’s elevated number of cases. An example: Northern Virginia reported more than 700 cases in the previous 24 hours, Northam said, while the rest of the state reported less than 300.

The region’s political leaders wrote a letter to Northam on Sunday asking the governor to allow northern Virginia to move at a slower pace in easing restrictions. Northam said he’s happy to work with those leaders and plans to provide more detail about what northern Virginia’s eventual reopening will look like on Wednesday.

He also asked residents of northern Virginia to avoid traveling to other parts of the state, if their reopening schedules are different.

The northern Virginia region shares a border with Washington, D.C. and Maryland, whose leaders have not given a specific date for reopening.

Northam’s ordered some businesses closed two months ago and his planned first phase of reopening will retain severe restrictions. Some retail businesses will reopen with limited capacity, but indoor gyms would remain closed, beaches would remain closed to sunbathers and restaurants would still be prohibited from indoor dine-in service.

Northam, a Democrat, has increasingly come under fire from some Republicans for not being more aggressive in reopening the state like governors in some other states.

Pat Herrity, a member of the Fairfax County Board of Supervisors and one of the few remaining Republican elected officials in northern Virginia, said he’s disappointed that northern Virginia apparently won’t start the first phase along with the rest of the state.

“The majority of people I hear from want to take a small step back to normal,” said Herrity. “Phase one is a baby step forward, and I think it should be taken.”