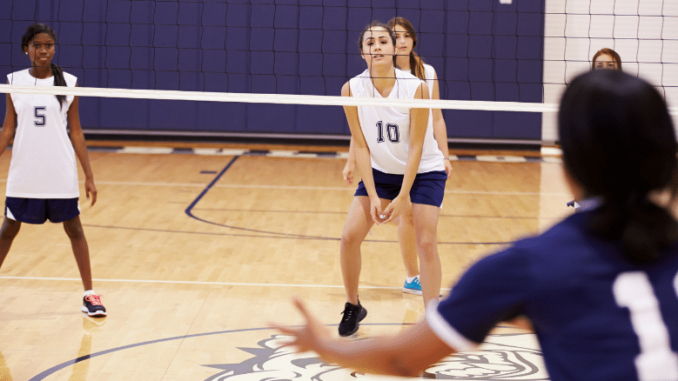 “Girls who do regular extracurricular sports between ages 6 and 10 show fewer symptoms of attention-deficit/hyperactivity disorder (ADHD) at age 12, compared to girls who seldom do,” said Linda Pagani, a professor at Université de Montréal’s School of Psychoeducation.

“Surprisingly, however, boys do not appear to gain any behavioural benefit from sustained involvement in sports during middle childhood,” said Pagani, who led the study co-authored by her students Marie-Josée Harbec and Geneviève Fortin and McGill University associate medical professor Tracie Barnett.

As the team prepared their research, “it was unclear to what extent organized physical activity is beneficial for children with ADHD symptoms,” recalled Pagani.

“Past studies have varied widely in quality, thus blurring the true association between sport and behavioural development.” She added: “On top of that, “past research has not acknowledged that boys and girls are different in how they present ADHD symptoms.”

A chance to get organized

ADHD harms children’s ability to process information and learn at school, Pagani explained. Sport helps young people develop life skills and supportive relationships with their peers and adults. It offers a chance to get organized under some form of adult influence or supervision.

“Thus, from a public-health perspective, extracurricular sport has the potential to be a positive, non-stigmatizing and engaging approach to promote psychological well-being and could thus be viewed as behaviour therapy for youth with ADHD,” Pagani said.

“Sports are especially beneficial if they begin in early childhood. And so, since using concentration and interpersonal skills are essential elements of sport, in our study we undertook to examine whether it would result in reductions in ADHD symptoms over the long term.”

Pagani and her team came to their conclusions after examining data from a Quebec cohort of children born in 1997 and 1998, part of the Quebec Longitudinal Study of Child Development coordinated by the Institut de la statistique du Québec.

Parents of the 991 girls and 1,006 boys in the study reported on whether their sons and daughters were in an extracurricular physical activity that required a coach or instructor between ages 6 and 10. At age 12 years, teachers rated the children’s behaviour compared to their classmates. Pagani’s team then analyzed the data to identify any significant link between sustained participation and later ADHD symptoms, discarding many possible confounding factors.

“Our goal was to eliminate any pre-existing conditions of the children or families that could throw a different light on our results,” said Pagani.

Why do girls with ADHD benefit from sports, but not boys?

“In childhood, boys with ADHD are more impulsive and more motor-skilled than girls — as a result, boys are more likely to receive medication for their ADHD, so faster diagnosis and treatment for boys in middle childhood could diminish the detectable benefits of sport,” Pagani said. “They might be there; they’re just harder to tease out.”

“In girls, on the other hand, ADHD is more likely to go undetected — and girls’ difficulties may be even more tolerated at home and in school. Parents of boys, by contrast, might be more inclined to enroll them in sports and other physical activities to help them.”

She added: “We know that sporting activities have other numerous benefits for mental health of all children. However, for reducing ADHD symptoms, middle childhood sports in elementary school seem more noteworthy for girls.”

That’s why structured extracurricular activities that demand physical skill and effort under the supervision of a coach or instructor could be valuable to any official policy aimed at promoting behavioral development, the UdeM researchers maintain.

Concluded Pagani: “Sports activities in early childhood can help girls develop essential social skills that will be useful later and ultimately play a key role in their personal, financial and economic success.”

The work was supported by the Social Sciences and Humanties Research Council of Canada and other funders, including the Fondation Lucie et André Chagnon.