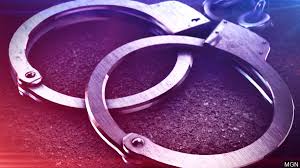 Roanoke, Virginia – Bryan Wade Lewis, 34 of Roanoke, is facing up to 10 years behind bars for one count of tampering with a consumer product, hydromorphone, the U.S. Department of Justice announced Monday.

Court documents show that in January of 2018, an employee at Home Choice Partners found a needle, alcohol pad and a bloody tissue in an employee bathroom toilet and reported it to a colleague. When that colleague asked Lewis if he was aware of these items, he said they may have fallen out of his pocket.

The employee contacted human resources, resulting in a drug test for all employees.

Lewis was scheduled to be off work the day of the drug test, but was still instructed to report to work for a screening. He contacted an employee and said he was responsible for the items in the toilet. He admitted he had been involved in such conduct for nine months.

Lewis revealed there was a 50 ml vial of hydromorphone in the back of the narcotics cabinet that he replaced with saline.

August brings a slight increase in travelers at Roanoke’s airport