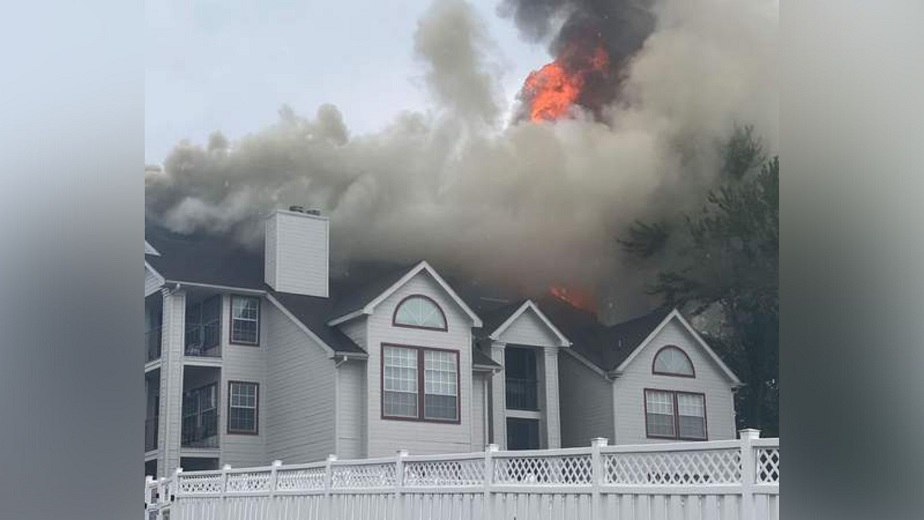 Roanoke, Virginia – An apartment complex was caught on 2nd-alarm fire in Roanoke.

Fire crews were dispatched around 2:27 p.m. to the 200 block of Summit Way SW to a report of a huge building fire.

According to Roanoke Fire-EMS, people that were inside the apartment complex when the fire occurred, have been safely evacuated. The evacuation process has started before the fire was reported.

One member of Roanoke Fire-EMS suffered injuries while battling the fire and was transported to a hospital for treatment of minor injuries.

Residents of ten units, which were highly damaged by the fire, are displaced.