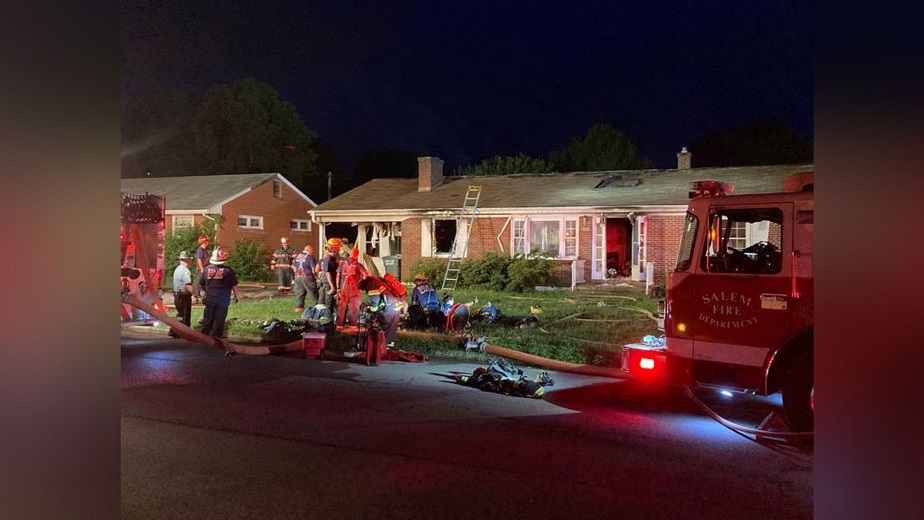 Salem, Virginia – A fire destroyed a home near Salem on Thursday night.

Salem Fire and EMS were dispatched to the 1400 block of Azalea Street after the fire was reported at 7:38 p.m.

According to fire authorities, the residence has suffered extensive fire and smoke damage. Witnesses say smoke was visible from the Spartan Square Kroger. No injuries were reported. Two people who were in the house at the time of the fire managed to escape.

Michael Grant Jr. lives at the home and says several members of the family were at a flag football practice. When they returned, they saw the fire and called 911. Grant says they lost all their possessions, including school supplies for the children.

The first units arrived two minutes after the 911 call and discovered heavy smoke coming from the residence, according to Salem Fire. They say the fire went through the roof, forcing crews to exit while the attic fire was extinguished. The fire was brought under control within thirty minutes of the first truck arrival, according to crews.

The cause of the fire has yet to be determined.

Four occupants of the home were displaced and are staying with family.

People could receive $200 gift card at vaccine event in Roanoke